A bicycle is a bicycle.

This is an undeniable statement.

The dictionary says that it is a two-wheeled velocipede which runs on the traction provided by two pedals. It does not say that it is a means of transportation. Maybe this is because the dictionary’s authors have never been in Barcelona. Or in Amsterdam.

Please retain this idea: “a means of transportation”. A means fuelled by human energy. Thus, meat, fish and fresh Mediterranean salads. All of these provide energy to people so that they may pedal along. There is no pollution. Zero. The only waste products stay in the secret chamber of our water closet (on the other hand, these waste products return to the earth to produce more vegetables and more grass which will be eaten by the cows that provide us with delicious beefsteaks). The bicycle’s inventor was a genius, since he had a clear and different idea about human balance and about the way the articulation of our knees works (there is a beautiful French film called Le genou de Claire, by Eric Rohmer, in which the main character falls in love with the girl’s knee, which becomes the obsessive object of his desire, but this is not the point here).

And so, Antoni Miró pays homage to the bicycle in one of his pictorial series because, for the painter from Alcoi (who is such a good painter that one day I kissed my son’s cheek, painted by him, and I “felt” the warmth of the skin and his heartbeat), it represents ecology and, at the same time, progress, since it is a machine. And furthermore, it is a workman’s machine, even though nowadays our spoilt and very healthy children have made it theirs. I’ll tell you something: I was once in Ho-Chi-Minh, the city of our bad dreams, where during decades the pain of the world lived; its traffic is chaotic. Walking is scary because you are overtaken by clouds of cyclists coming from every direction. But this is not so anymore; as European cities substitute motorcycles for bicycles, the Vietnamese substitute bicycles for motorcycles; their faces are as happy as our youngsters when they pedal the very same bicycles we have always known. Human beings are not only contradictory but very difficult to understand. Miró paints bicycles because it is his way of answering back to the inhuman sophistication of present-day communications. When he paints a bicycle the painter is saying: “O.K., there are mobile phones and video cameras where I can see one of my pictures hanging in Australia; or your knee is operated on (the knee that you need to get on a bicycle) when you are in Alcoi and at the same time the surgeon is in New York City. But there are also missiles which kill thousands of people by pressing a button. All of this exists. But we should not forget that there is a comfortable, cheap and practical utensil that is called a bicycle and that not only it has not lost its validity but has more and more followers every day. And that it is, as the Catalan writer Joan Fuster said, borrowing from Protagoras, a utensil made to the human measure”.

When Miró paints bicycles, moreover, his more ironic side appears. Instead of a seat he paints a horn. Or the machine is crowned by a barretina, a Catalan cap. Or he makes fun transformations like those that are known as the “Escher impossible constructions”. And he does it tenderly, like a solitary man on Christmas Day who puts a funny hat on his dog and tells him: “come on, Tom, let’s toast with good Catalan cava, from the Penedés”. And the dog licks his hand and looks at him with bright and grateful eyes. This is because a bicycle is almost another housemate, standing in the hallway, at hand’s reaching. Reminding us of our inexorable smallness. 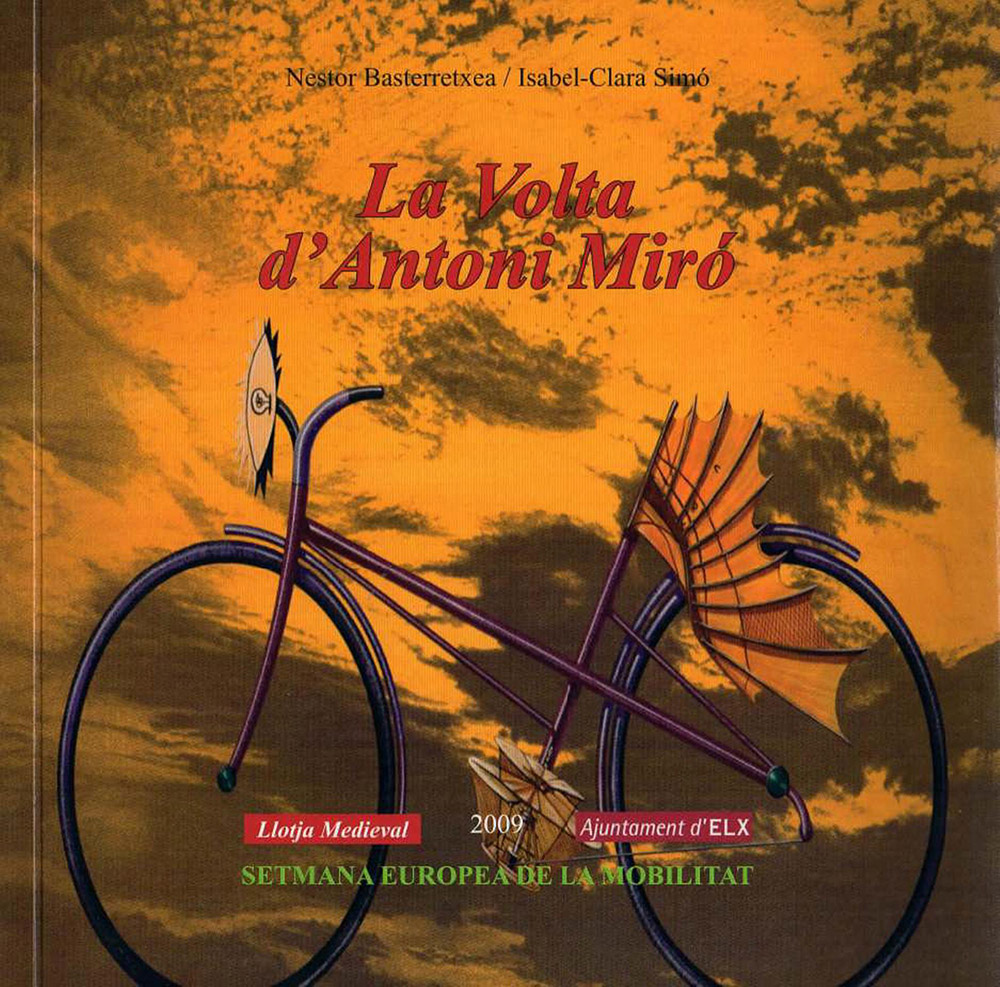