The memory of the mountains

Many years later, looking at the Guadalest river groin, the painter Antoni Miró would remember the morning in which fate decreed that they should get to that fortress hanging on a sharp rock. Heading to east as if he was the bow of a ship formed by Serrella and Aitana, the village grew beside a winding road which went down from Confrides harbour to melt into the river.

The painter, going through fields of almond trees which got lost around the borders of El Comtat, had let his car go down along the clay which ravines had drawn which bites. He came from Alcoi and the presence of those cetaceans formed by Serrella and Aitana when crossing its entrails took him in like a lullaby. "Go ahead, traveller", said the song, "don't fall down despite the tiring journey, think levante will take you to the sea".

It was after a turning that he saw the water scales far away, as though it was the tail of a mermaid lying on a rock. He stopped his car and headed the path leading to that castle over the Valley. The sun was opening up between Callosa and Altea scratching the carob and loquat trees as if wanting to fill energy to get through the ravines which would take him beyond the mountain range to the inner lands, the starting point of that journey.

The painter settled in a little house which had been used as a shelter by the workmen who built the Reservoir. In that work the men had challenged on the one hand the vassalage imposed by and indifferent nature to the downpours which had followed the droughts, on the other hand the uselessness of any effort to correct such an outrage.

In that shelter used by the workmen, Antoni Miró iniciated his stay in Guadalest. For him, who came from a town like Alcoi, where his inhabitants had invested much effort to take advantage of water threads which moved mills and machines of a primitive industry, that humble little house was an encounter with himself. But this time his eyes were fixed on levante. "Don't fall down despite the tiring journey," said the song of mountains, "think levante will take you to the sea".

There he settled his first studio far from his hometown. Some years later he would own another one in Altea. In levante too. However, the house of the workmen who built the Reservoir hid itself a myth which accompanied him wherever he would go: the willingness to combine the public interest with beauty.

For forty years his work would be guided by the spirit which inhabited that shelter where a group of workmen had lived together transforming the strength of nature into a common asset.

Since then, Antoni Miró’s creative work would be marked by that willingness. On the one hand the search of pleasure, resulting from the magic combination of colours, volumes and strokes, on the other hand the need to find a usefulness - wealth in the form of knowledge, pleasure or denounce - which would reach the greatest number of people possible.

Forty years later, faithful to the spirit of that humble house, to the work of the anonymous workmen and to the benefit of all the addressers of that hydraulic project. Antoni Miró can be satisfied, the memory of the mountains has gifted him with the necessary strength to keep his eyes fixed in the point where levante joins the sea and the mountains, beauty and common sense. 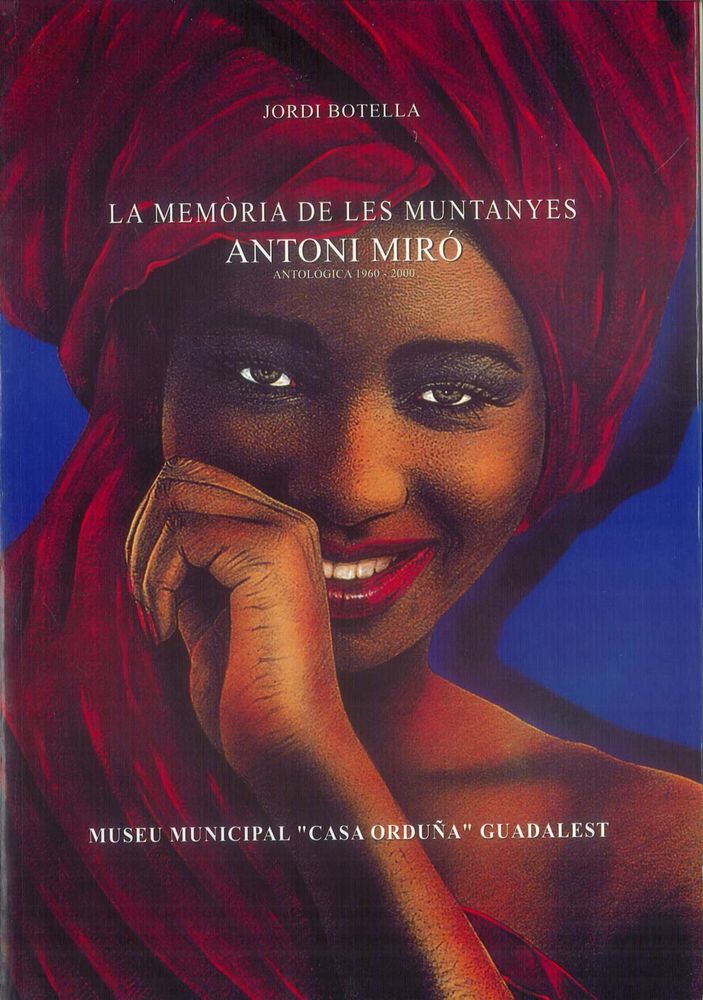