The man who paints

I
The man who paints lifts up his eyes and looks.
In front of him, a canvas is found. Behind
Nothing. And in the middle he is alone surrounded by the faces
That time leaves next to every man
With boat tar and fish bones.

II
The man who paints now hears the beat
Of his heart, and through a mechanical gesture he palpates
The blood transit throughout the body.
On one hand, the path through the vast desert:
The mystery. And on the another, the certainty
From being dealing with one's breath:
He. Already at the crossing doubts between the trip
-And the great risk of the white surface-
Or the feeling auscultation.

III
The man who paints lifts up
The arm, wets the brush, approaches to the canvas.
He has chosen the trip. Hereinafter
He will walk with the fair task:
He will only carry the purpose
To tell, if one day he comes back home,
How hunger is the school of many children.
How arithmetic is learned in the fields
Of extermination and the language in exile.
How a brat creates laws to which a crazy soldier
obeys.
As sex carries imprisonment,
Race obscures the destination.
How to transform the neighbourhood into our
Frontier, the profession into a disdain,
The money into the catechism.
How to celebrate
Gods and sacrifice men.
How History
is written with the smoke from the battles,
Art perfumes sepulchres, the Academy
Dictates and people ignore.
How the Technique
is a maid deceived by the Market,
The progressive son of the Monster Frankenstein
And the Future Mortgages.
How to laugh
And not to cry.
How the tree can outshine
if it is only fire, it does not heat, it burns.
It does not point the way, it blind the beasts,
It destroys the house.
Having a country
It is like having nothing if you go home
And the lock has been changed. You force the door
And they incarcerate you. You talk, they do not understand you.
You scream: "house, tree, fire!" And you hear: "go!"

IV
The man who paints lowers his arm and returns
Back to top. He is surrounded by Ethiopian children,
enthroned kings, the death squadrons.
A whole aesthetic encyclopaedia
That consecrates the fetish. The Capital
acrobatics with such a black code
like a tarantula's code.
Between the canvas and him
this entire popular crowd inhabits
with a Rootless, anonymous and eternal feeling.
Also the fertile land, the paradise,
The rain and the birds. The servitude,
The nuclear winter, the werewolf, the hell.
When he paints, then, he says what the others
silence, for victims or accomplices.
He points out the executioner, he disguises mummies,
He saves the tiger; he lifts up his arm against the bulldozer.
Then he shuts up. Because the man who paints
Loses his voice to give it to others.
So that the trip is just to unfold
And his work effort to explain
The old chaos, to omit fanfares
And to make sense of the experience.

V
The man who paints closes his eyes, overturns
The peace of the innocents. The morning
slides down the mountain and the square
The apples, the bread and the cries of the one who sells wine
trace orbits in a perfect world.
The first sun bounces off the facades,
It is reflected in the ponds and goes into the factories.
Everything is in order when the man who paints
falls asleep: he is dreaming.
He goes alone in a white surface
And while walking his feet draw
Wars, ships, the ellipse of the dolphins,
The harsh silence of the crowds.
The others. Everything that is not him
lives in every person, fact or thing
Whenever the yellow nightmare of history
Creates monsters impossible to reasonably explain. 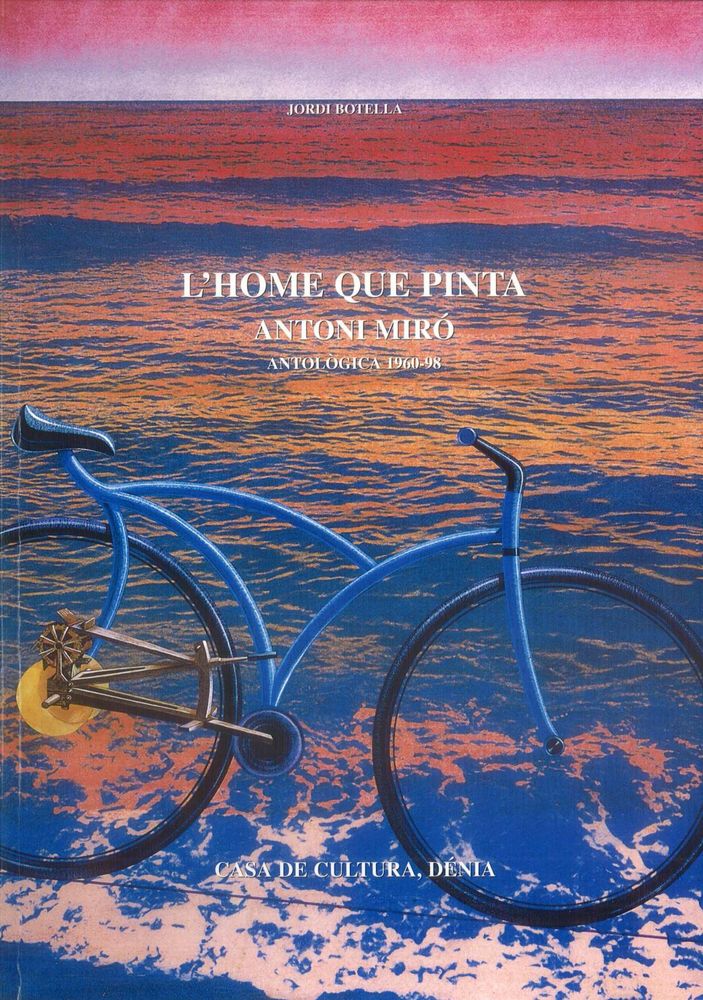