With the slow and child-bearing development of the mass media, the contemporary artistic culture has seen horizons and problems expanded simultaneously.

Definitely, the field of the visual experience can consider how one of the cultural sectors in which with greater extension and intensity have produced significant transformations that have been pursued even to the daily life.

In this sense, the “Affichiste” like cultural and half phenomenon stood out of communication, places of plenary inside this accelerated and innovative historical status of our century that has deeply affected the sensitivity, cognitive springs and, in general, the most diverse guidelines of our Individual and social behavior.

It won’t be estrange for anybody, that the interest that the posters and the consistent investigations have woken up, have extended and diversified interdisciplinary between the diverse human sciences, especially taking into account its versatility, its wide experimental possibilities and the singular demystifying character of the artistic object in this «period of his technical “reproductivity”, as Walter Benjamin would rightly say.

Precisely the current aesthetic reflection has occupied every time with more vigor and systematization this affichiste phenomenon in the measure in that the same significant practice developed by the artists, has also had a particular attention inside the peak of the graphic arts, to the realization of posters and, to be fair with our Country, historically speaking, it has always had numerous and exceptional affichistes. The memory of Josep Renau or Artur Ballester between so many others confirms it. Nevertheless, this tradition fortunately has been broken. A good example is in one of the most interesting facets of the work of Antoni Miró.

In this modality the plastic activity connects inextricably both functions of the poster, aesthetic and social function, through the specific techniques of his preparation, always in constant process of evolution.

On the other hand, it has to certify the «mutual» influence established bilaterally between the painting and the affichiste resources, although it was not east the ideal place to attend his justification. Both facts turn into in dispute about the increasing need to give them a position in the history of the art to the phenomenon, and to the products of the affichistes.

However, it is inside the coordinates of the theory of the artistic communication where it’s evidenced the paper that paradoxically fulfil the posters in the visual culture of our period. The combinatory function, the perceptive impact (duplicated always by the strategic location in the breast of the half urban) turn it into the axis of his ideological pregnancy, of his efficiency testimonial and of the own popularizing, advertising or propagandistic action.

From this assertion, the same fact to organize a sample of posters (further of any timely and laudable informational action) supposes already somehow, recovering the functional capacity of each concrete poster like a document that collects and braces our historical memory, updating significantly the specific function that it has of immediate and direct communication that remained prey, in each case, in the concrete coordinates of his temporary and ephemeral presence between us. This new collective appropriation that now offers us, from a dysfunctional context as it can be a room of exhibitions, added to the historical and exhibitionist value, the fact that the utility of the same poster, a simultaneous cultural value (of social cult) that reinforces from his approach, his specific aesthetic character and unilateral. It is curious the endless paradox that the dynamics of our sociocultural organization consecrates simultaneously to the overcoming of the utilitarian character that a day motivated the gestation like a visual object, in this case, each one of the posters of Antoni Miró, printed from 1965 until 1983, realized ones for cultural records and others, with a clear and efficient political commitment.

In each case, because of the interest and the quality of the sample, offers us a good opportunity, no so only of recovery testimonial and of convenient analysis in relation to his insistent plastic itinerary, but also an apt occasion to reflect on the significance and the scope of the phenomenon of the affichiste in our future and current history. 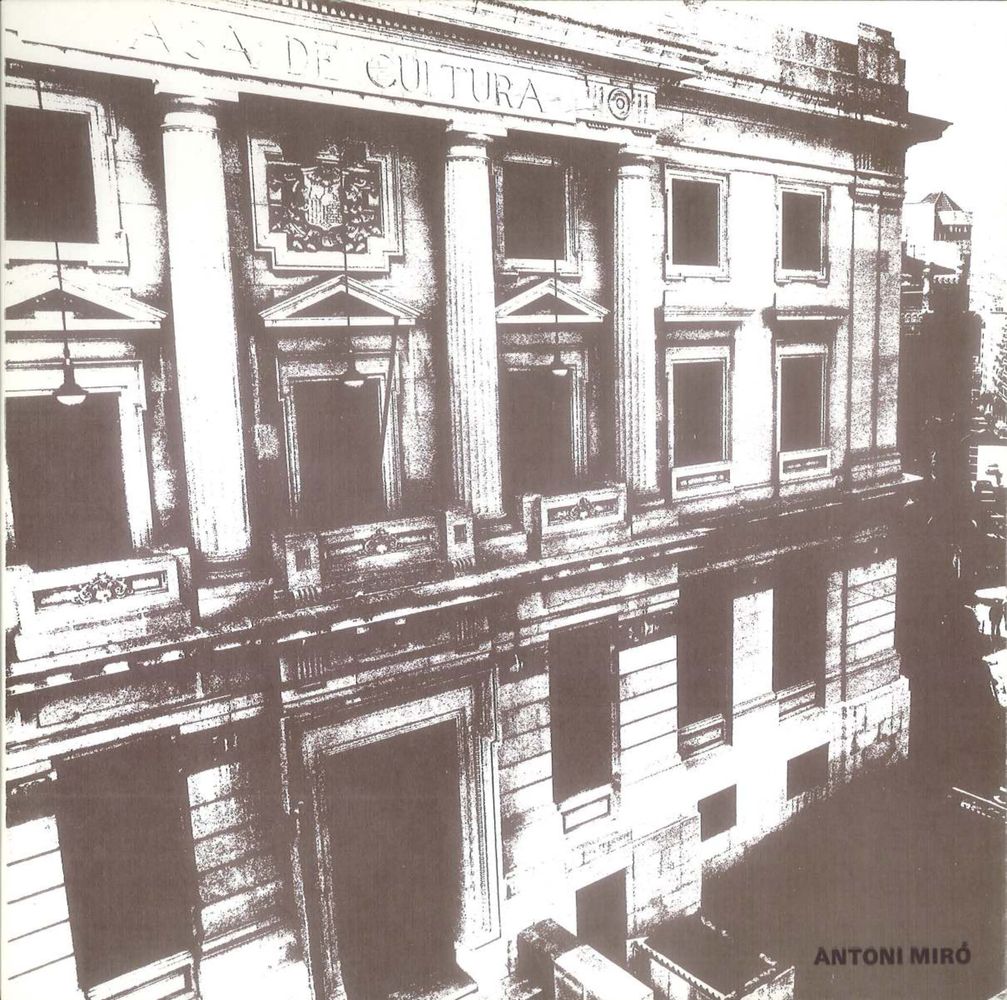