This situation comes from old times. The artistic work has been accumulating hypocrisy for many centuries since the Greek Ages. Even the very Greece —or rather the idea we had from the Greeks—, has suffered the attack of the romantic presumption and has ended up showing us its art; those practical works entrusted to slaves and embellished with ail attributes of vanity, as the transcendent expression of gods’ and angels’ language.

We know, however, that those marbles were worked on by human hands, hands hardened and tired by daily labour: in short, slaves’ hands. And nowadays? Leaving apart myths —so very given to imply the incomprehensible mystery of angelic greetings, of divine breath driving the brushes or heating iron on the forge. It seems clear that, even today, the artist uses his hands to create his work, he acts on matter and transforms it as a worker does, even keeping the same power of surprise and play towards the new operative techniques.

Antoni Miró is an example of this fundamental identity, established in the margin of all myths and all kinds of hypocrisy, all kinds of vanity and privilege. Antoni Miró is above all a re-vindication of manual work, his artistic work, his paintings and sculptures, are an assertion that art is, at least in its primary aspect and at the very moment of its creation, a transforming operation. This is the constant showed in every stage of the creator through his short —Antoni Miró is a very young artist— but prolific artistic life: from his nudes, realized by almost industrial procedures to his latest cast irons, in Miró’s work we see that its character of manual work, its primary meaning of operative action on the matter, its dialectical character, must be understood here as a mutual transforming process between matter and man, that prevails over the expressive formulae that his urge for investigation has discovered in every moment.

Antoni Miró re-vindicates the human category of manual work for artistic work. And this is the reason why all his works, those related to circumstantiated man —Vietnam, the factory, the longing for freedom—, as well as the ones that are abstracted from any historic circumstances — wrinkled paper, metallic geometry— are signed, deeply and warmly signed by a positive attitude: giving back to art its condition of daily labour, of a really human activity. 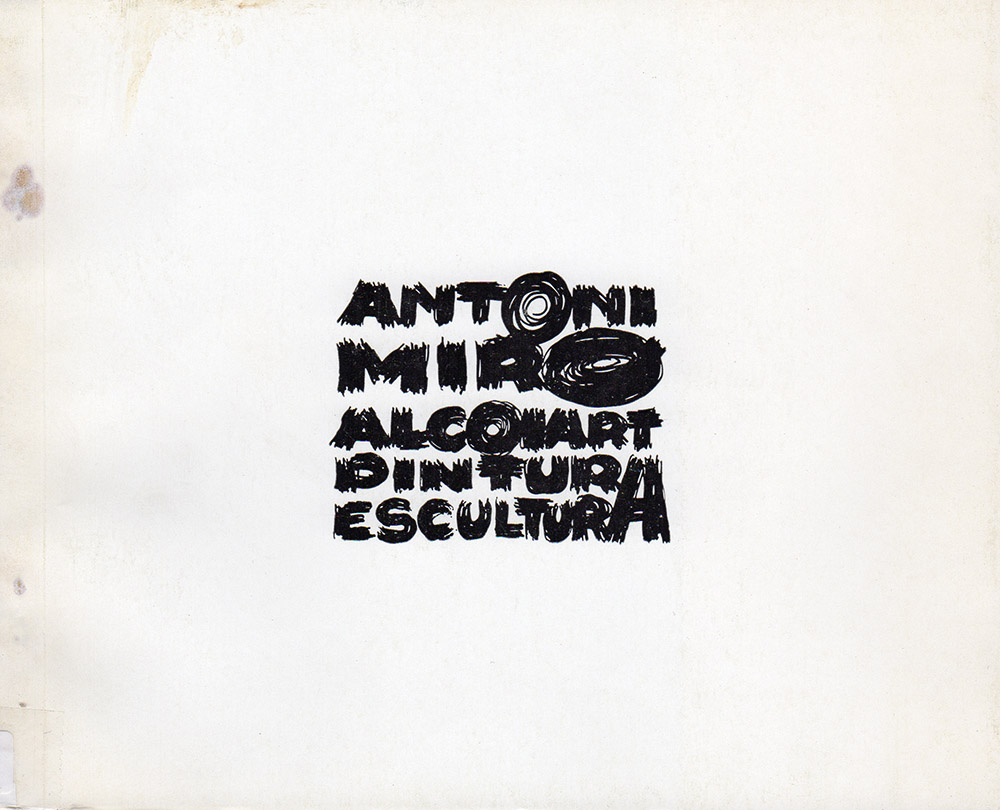