Antoni Miró and the Re-vindicated objects

If not the only one –for the scarce exceptions are of a solid importance in the contemporary artistic field–, the experience of Antoni Miró has been seldom repeated in the Spanish Art of today. Habit has already marked peculiar and almost common-place features on the Spanish Artist; it is the temperamental passion that, on getting into touch with a hostile reality, splits into an almost insolent gesticulation where the intention nearly always overflows the operative borders. Antoni Miró’s gesture is quite different from the ordinary one although it starts from the same assumptions and emerges out of the same conflict between passion and reality. His facing reality arises in him a sort of reticence like a protective movement of the hurt sensitivity or, to put it in other words, of painful solidarity with what being human is dehumanized and displaced by the greedy machine of social consumption, of human exploitation. This is why Antoni Miró tries in his painting and sculpture works to redeem for the human kingdom the residual images of reality: useless parts of old motor-cars, X-rays of human bodies, wrinkled waste-papers. Remains that –and this is what opposes him to the “Pop” – lose their condition of dross on being artistically re-vindicated to be turned into or changed to vital evidence of the deep solidarity among the have-nots of the world, the men that die on fire in the Vietnamese jungle or sunburned and starved in the Spanish fields. 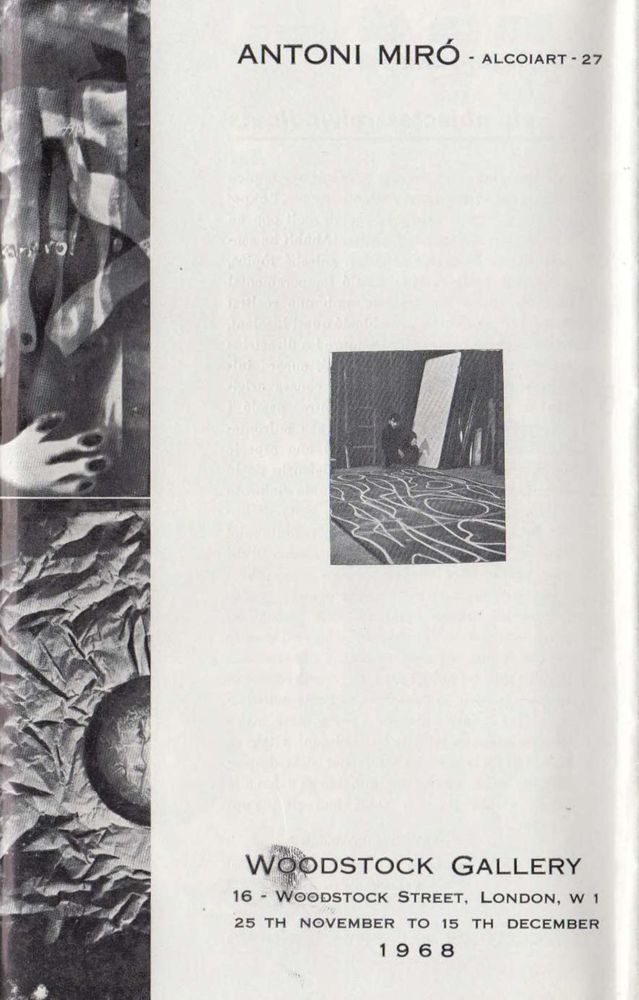