It is not complicated to look at the work of this painter from Alcoi. Even for those who have not been initiated into the art world but who are at least somewhat smart. Most of his artistic production is very easy to understand, at the very least as images of the urban reality that we eagerly devour every day, that we absorb as if they were ours and that we incorporate into our memory like an automatically assimilated iconic database. On the other hand, to be able to interpret the numerous meanings hidden in his work, one needs to have a little more cultural knowledge or even artistic sensibility. It is not to be recommended to obtuse spirits.

Deciphering the primary significance of what he shows us is quite easy. He normally uses reality as a model and transforms it as needed to transmit a specific message to society: one or several meanings at the same time. These meanings reach the observer clearly; since he has kept the full expressive power of his earlier creations in many of the works that he has brought into existence in this new millennium, the first decade of which is ending. His pieces are very valid exponents of today’s world, genuine Windows open to the contemplation of what is happening in the world. In this way Antoni Miró’s work continues to have a very special relationship with photography and painting, with vivid and expressive colours, with social subjects that he shows, shouts about, protests, probes...

Antoni plays at capturing images of the closest reality to his numerous trips around the planet, but he does not show them as they are. To the contrary, he elaborates upon reality and changes it, retouches it, turns it upside down, shapes it. And he does it as he wishes, free to fill backgrounds with great coloured areas, free to eliminate unnecessary details so he can communicate, experimenting with new perspectives and textures that bestow strength and weight, his voice rising to denounce situations, stressing aspects that we often don’t notice because they are a daily occurrence. Faced with his compositions we must inevitably search for messages. We must listen to the cry of his work that is not only an aesthetic manifestation that we visually enjoy, but also a vehicle that transmits ideas, concepts and acts that happen before our own eyes such as a terrible cry that sometimes goes to the very inside of the spectator, because on many occasions it is crude and direct. But other times, to the contrary, it has a refined subtlety that provokes long reflections from the person who looks at and judges it, who learns by interpreting the details and changes that the artist inserts in an intelligent way. He often transforms the reality that he observes using cameras and computers, with Computer techniques and digital possibilities that are increasing every day, with a varied chromatic palette and enormous material and compositional resources, even though he greatly simplifies the direct information of reality so he can get to what he thinks is really important.

His personal vision reflects persons, buildings, objects of daily use, different positions and acts adopted by infinite human beings, from a point of view that questions certain axioms of society and crushes them to redefine other hidden “truths”, forgotten because they are found uncomfortable by well adapted spirits fattened by our welfare States. He shows us the outcasts, those rejected by power and by the implacable machinery of Capital, by human prejudice and by economic interests. The poor, the beggars, the asphalt artists and other characters repudiated by “developed societies”. Isolated and ignored by those living in better conditions, as he also shows us through women the world over who try to survive with a minimum of human dignity that is so hard to obtain... He does this in Dones a Kosovo (Prístina) 2004, Dones a Grozni (Txetxènia) 2004, Sense refugi 2004 o Repartiment global (Roma) 20051. He leaves anything that is superfluous aside so as to concentrate on the figures that contain the message, the communicative force, that transmit pain and desperation, rejection and sadness, the decadence tolerated in a part of present world societies. He accomplishes this through the specific placing of figures, through the strength of a look, the intentional use of detail or of certain colours that impregnate the image that is represented with life and charm.

And so in his compositions we find many utensils, appliances and machines that are used daily, transformed into first-class leading actors. He honours and enhances them, bringing them out of the anonymity they had before, as he also does with people. He renders silent homage that places them as leading characters (no longer forgotten) at least once in their lifetime. He awards them new communicative meanings so he can infect the spectator with the will to observe the world in another way, from a different perspective. We see this in Provocadors 2002, Bici castellana 2002 o Rocinante de la Mancha 20042, but it is a constant feature in his work.

And that new perspective from which to observe things not only falls on persons or objects, he extends it to cities, great constructions and buildings that he uses in one way or another so he can transmit different sensations: skyscrapers and great corporate buildings, public spaces like airports, train stations, Olympic stadiums, museums... almost any element in the urban landscape that he finds useful to tell a small personal story on canvas.

In the last years he has given special attention to the museums of the world. He shows them to us not only as places that contain culture, as receptacle-warehouses for art works, but as works of art in themselves. A curious game emerges where inside a work of art (Antoni’s own) we observe other artistic pieces set in a space that achieves this same category by itself. The museums of the world, looked at through their bowels and from outside, with people or deserted, from the Street point of view or from a perspective that is forced by the painter’s curiosity. Buildings that are real works of art in themselves, but shown now as agents of culture, as essential dynamic elements all over the world.

The artist from Alcoi, a great nonconformist, a tireless nurturer of detail, acts like a grand chef who orchestrates the creation of pieces from the immense artistic kitchen in his studio. He entertains himself there by taking these snapshots he later transfers to different mediums, so he can serve magnificent dishes where life appears under the form of a work of art. And he always does it with integrity, in a bloody fight for the recognition of these injustices and situations. Bloody because red is one of the colours he uses most abundantly, the one that cries to us, that attracts us, that captivates and violates our attention. Bloody because this creative task has even affected his health, but not his excitement and his smile when facing new projects. 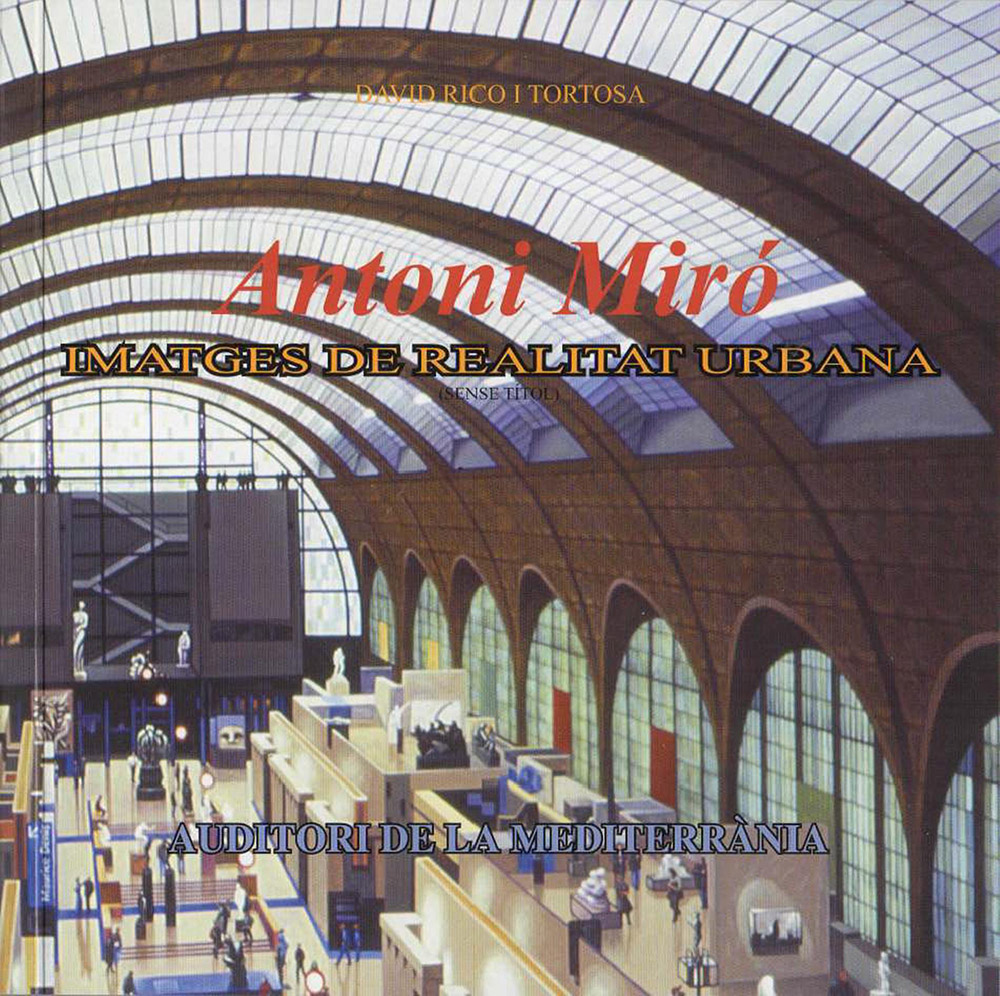