When you set out on your journey to Ithaca,

Pray that the road is long,

Full of adventure, full of knowledge.

From the poem Ithaca by Constantine P. Cavafy (1911)

When you set out on a voyage to Greece you should know that a long journey awaits you, full of adventures, full of knowledge. It will be somewhat like the hero’s return to his home after having fought at the gates of remote cities, while he searches for the only plunder that justifies such prowess: the honour of defending Greece.

You will often think you have mistaken your way.

You will be shipwrecked on perilous seas with severe rocks and humid jungles, while you remember beautiful palaces or courtly intrigues. You will often wish to abandon yourself in the dunes and await the fate of insects, but if that happen your heart will always be seized by an instant of lucidness that will help you to find a grain of truth in the sand: Greece. And then you will arise from the dust.

No one has imposed a mission upon you.

From all trades you chose one that would require sacrifices and total dedication, in body and soul. You could have been the best blacksmith, capable of shoeing Arabian horses at a gallop. You have the patience of an artisan and the discipline of a soldier: you’re the best host, and are honoured to seat bricklayers and bankers, dancers and philosophers at your table. You have learned from them all –and this makes you as wise as those men who walk the squares of Greece and discuss the origins of man-the meaning of things and the fair organization of society.

You are a free man, and this is why you love Greece and return to her.

You always return even if you must traverse volcanic peninsulas and deserts. Sometimes you return with your head held down not in defeat but because of ingratitude; but you always keep reproaches to yourself. A hero’s merit isn’t measured by the laurel leaves that crown his head. The renown of his deeds is not proclaimed in panegyrics. His glory is not engraved on temple marbles. A hero lives in the memory of men and in the example of their virtue so as to transform the occupation of a few into everybody’s business: the art of dignity.

You are far from being an idol; you are not the hero to whom Pharisees will consecrate altars.

Neither will the merchants set up your statue on a golden pedestal. You have never been willing to please the castes; you have never obeyed the dark voices of the oracles. You have preferred to plunge into the sea, at the prow of concave ships, always disposed to participate in any combat that has the defence of Greece as its only banner.

Greece is freedom set against the capriciousness of mandarins.

You accept a destiny that is not written in the guts of sacrificed beasts when you confront Persian soldiers or fierce Namibians.

Your destiny is encoded in the smoke that rises from battlefield bonfires. The vanguard in the irst line of ire never rests. It knows that the infantry that is going to hoist the lag on conquered land is behind it, sleeping under purple tents. Your destiny earns the value of risk, the instant of hand-to-hand combat, knife, spear and shield.

Your risk earns the value of the present. The gods are very far away, traveller.

Paradise is populated by men and women, by muscle and sweat: eternity in their heartbeats. Paradise is built on clay and we are the clay: happiness under our veins and tragedy in our vision. We are the gods of a temple that rises on our feet and crowns our head. Because we have learned from Greece that they will spurs on behaviours, errors and wise decisions while the gods take refuge playfully among Corinthian capitals without daring to intervene in our acts. This is the price of freedom. And you are a free man.

Your life encodes an epic in your journey, lyricism in your brush and drama in each man and each woman you have ever met.

The future boils in our blood, not in the starlight.

The horizon does not impose limits on us: the harsh Macedonian earth to our backs, the blue waters of Asia Minor, of Alexandria and Etruria to our front. Man is the measure of all things: the incandescent height of olive trees, the bricks in a column and the light of the Winged Victory of Samothrace. The horizon exists in the Siberian infinity and in the glass of red wine with which you celebrate the birth of every new day. The horizon is your hand, raised before scratching the stone, before grasping the tiller, before drawing the bodies, before blandishing the sword in defence of Greece near the Thermopylae pass. The future is your hand.

Barbarians do not wear burlap jackets nor do they speak strange tongues. They live in your house and look like you: they sweeten the messages of oligarchs with poison. Under the pretext of an outer enemy they handcuff the citizens. They are very near you, offering sacrifices in exchange for spies. They betray poets and sailors. This is why they await your return intoning psalms written by envy and mediocrity. It is not Greece who awaits you, my friend, but cowpats at the entrance to the slaughterhouse.

Living is an athletic activity.

But it is never a free exercise. The disk thrower, obliged to burn the effort of years in a single gesture, does not doubt in his decision. The sum of muscles and intelligence is what makes man extraordinary, not because he controls nature but because it is a challenge to the gods who subjugate you with orders and privileges. You are an athlete. Nature is not an adversary for you: you observe and learn to be like it –malleable and fierce, even-minded and ephemeral. Your hands are like dry vines in autumn and like grapes in summer. The gods probably watch, covered with grape-leaves, from behind the plowed ridges, you, to the contrary, stay by the grape pickers, kneeling by the grapevines from sunup to sundown. Like an athlete.

Your journey does not require a compass, only your willingness to arrive. Its map is engraved on your brain. This is why you use your fingers to draw the profile of its geography on the sand of every beach on which you are shipwrecked. The compass points are democracy to the east, courage to the north, body to the west and desire to the south. All four shape the Greece that spreads over atlases as the Empire of Common Sense.

Greece is you, me and all of us.

The sum of clay and blood, the challenge to Providence and to the Satrap. Greece is the conquest of a diffuse territory that spreads over lugubrious swamps where humanity sinks at every step. The mother country where they will always wins over resignation and pride always lies above the vultures. 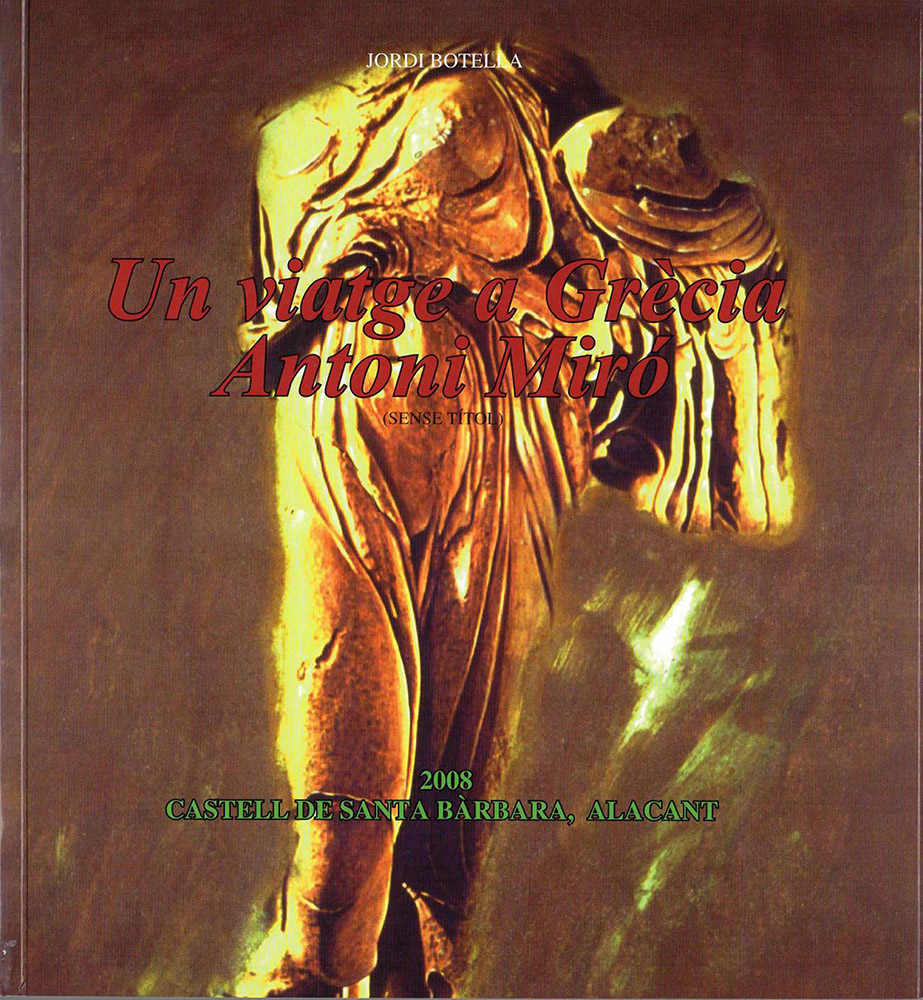