To introduce a friend anywhere, or in our own home, is not very complicated. However, to introduce the work of a painter puts one in a deep compromise. Perhaps the easiest thing to do would be to take recourse to an easy strategy, such as to say simply that Antoni Miró is a Valencian artist backed by a vast body of work that shows impeccable technique and registry. But that can’t be: I have to talk about what seduces me and leave to the other critics -although at times I’m described as such- a more detailed formal examination.

What surprises me about Antoni Miró is his capacity for creation, the proximity of his forms and his work. His acute power of observation reveals a world that surrounds us also, even though, possibly, we have not stopped to notice. His bicycles could be ours, the eroticism of his pieces і also that of the people here. They are his symbols, his colours, his forms, and his universe, where it is easy to penetrate because in some way it is also our universe.

Miró unfolds his poetry based on a peculiar imagination. He is in obvious debt to his cultural baggage, which permits him to develop a fine intuition that establishes an interesting relationship between the plastic work itself and the conceptual objective. His personages inhabit a world that is sui generis, with pleasant and enigmatic settings. He is constantly playing with the spectator by means of an extremely fine line of humour and, sometimes, irony, which seize us and make us participants in his ideas. It is not coincidence, therefore, that when viewing his erotic drawings we are surprised to see the appropriation he has made of the Greek iconography of amphoras, with the maliciousness of a smile.

Thus, I use this group of prints as a calling card and ambassador for his entire body of work, and I am sure that this time I will be hearing, repeatedly and unanimously, in many voices, the phrase “my pleasure.” Miró in Havana is more than a great exhibition; it is a meeting ground that we all owe each other who have so many things in common. 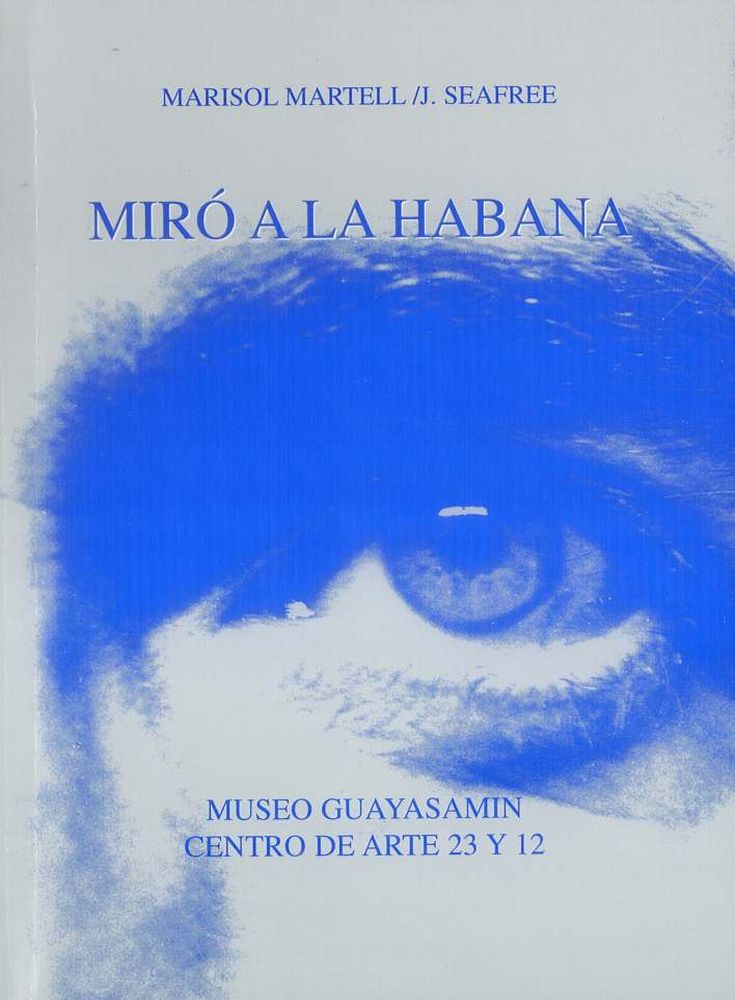