The current international scenario of figurative arts is thickened by a dense fog that greatly blinds minds and creativity of the artists who are going through moments of deep reflection on strategies, and possible routes that could be followed to break the impasse and continue on a road leading their select spirits towards the formulation of concrete proposals, necessary to express their ideas of artistic and cultural renovation.

I obviously feel that it is at least appropriate to carry out a minimum analysis through an in-depth study of the joint causes that have generated the chaos that is visible at all latitudes. They are, undeniably, socio-political-cultural and environmental. The mythification of historical vanguards has obviously left an indelible mark on the many revisions of the sacred monsters of worldwide painting and sculpture. The repetition of motivations, problems and atmospheres developed around them in the past, has finally caused the creativity, inspiration and fantasy of many Artists to suffer. It has made them feel, at the very least, debilitated.

It is in this paralysed, vivid light that the star of the Spanish artist Antoni Miró shines. His personality becomes apparent to us as compound and complex because of the variety of themes and problems spanned by his work. It is especially elevated, however, by the originality of his solutions, his social commitment, the depth of his investigation and his continuous search for new stylistic features from an exquisitely aesthetic point of view.

From the beginning of his work, Antoni Miró abandoned the fashions or currents of the past and stopped at the changing socio-political conditions sometimes demanding radical solutions in various parts of the world that would assert some of the fundamental principles relative to contemporary man, such as individual freedom and equality between nations, as well as his fight for solidarity with less “advanced” people. Courage and also initiative against one’s own unpopularity are in the foundation of how he makes Art.

His charisma, and expressiveness have established him, in time, amongst the most valid and coherent artist on the international scene. Antoni Miró, without letting himself be trapped by the easy promises of a frozen and arrogant dominating system, has fought all the way against the abuses, outrages, “sarcastic escalade” of consumerism, ambition and power in general. He was present with his art anywhere where fighting people demand their rights to a more consistent existence with the end of 2000.

He has done it sincerely, with emotional participation, using different expressive registers that go from funny to ironic to sarcastic, depending on the circumstances or his state of mind.

Tenacious, stubborn, self-willed, obstinate, he finds no obstacles in the thousand difficulties that day-to-day living present to him as a man and as an artist. He has always left space for his expressive liberty to advocate his most hidden spiritual secrets through sign and colour.

His windows, open to the world, have let him grasp, or better, foresee situations, atmospheres of crude realism in the area of society that is most forgotten and humiliated by the fierceness of the system or by the savagery of war.

His accusatory act, his “j’accuse” was perhaps a desperate cry in the heart of the desert, but it has certainly had its importance in the recognition of human rights.

Being highly cultured and inclined to looking in depth at the “laws” and “rules” that have led and lead Humankind in the flow of the centuries, Antoni Miró gathers the diversity of changing demands, the socio-political evolution of a reality that wants to “live” in the “harmony” of Creation, in peace, in the serenity of the Spirit.

To these irreplaceable and unsupressible eternal “values” he has devoted pieces that have the flavour of historical testimony of the diversions of human spirit corrupted by the thirst for power. He has always situated himself, coherently, on the side of the weak, of the defenceless. Through his expressiveness, not without danger, he has helped them to reunite with their own roles and their own identity.

What he has done, as I was saying, spontaneously, without compromise, is to be able to express his convictions, his intentions, and the very valid ambitions of a 20th century man.

In some of his works, it is possible to find nuances tied to symbolic expressionism, but only diffused, because the spirit that inspires them is very different from the ideological premises of that current, now long-ago historical memory.

He follows a necessary escape route from hypocrisy, from the violence of man against man and against the environment, a “pulling of the leg” of at-all-costs economic welfare, an irony of the thousand subterfuges or compromises to help oneself “carve out a career”, to enter the false world of those who are already important.

His vision of human life is based on fraternity, solidarity, and love. His credo heralds a fight for life without delays, a commitment to improve spiritually, to grow within the family, for the well-being of the nation, of Humanity.

Values, valences of great social consistency. Nothing is sophisticated or dictated by external phantoms that could guarantee easy success. It is in his expressive “lymph”, in his creative force that we find the resort that pushes him towards the finish line, the programs and aims to be reached.

Antoni Miró does not hide any mystery. He leads us to the crude discovery of the false truths on which the power of the system is based.

His life flows over the roads of non-hypocrisy, of loyalty to others and to himself.

Nothing seems to affect him now in the area of favours or commitments.

He has built his “castle” stone by stone, made of faith and hope in the road of nations towards PROGRESS. He has in himself a variety of very valid codes and expressive symbols. They permit him to codify situations, characters and “stories” that would otherwise be impossible to propose from an artistic point of view. He also uses a language soaked in kindly irony, in frozen sarcasm to “create” his sculptures so as to make the “idea” of his operational ability more evident.

From a purely aesthetic point of view, in his many years of artistic experience Antoni Miró has acquired a first-rate technical and formal mastery. He knows everything about chromatic scales, about the division of planes, about the representation of depth of field. He uses the most varied mediums with exceptional mastery. The quality of his stylistic features is, without any doubt, very interesting.

His palette is, as never before, rich and varied in the variety of the themes that make up the object of his investigation in the art world. In each of his pieces no sign, no symbol, no signic-chromatic code is there by chance, but as a testimony to the interior wealth, that is one of his characteristics.

The analysis of his painting and his sculpture is necessary, I think, as to go into the quality of his messages in greater depth and to make evident the exceptional stylistic features that Antoni Miró has constantly wanted to perfect through continuous investigation during his long years of activity.

I would like to name all of his works, but it is, obviously, impossible. I shall only name a few at random: “Cercle vital”, “Zebres escàpols”, “Parc natural”, “Costa Blanca”, “Poema d’amor”, “Bici antinuclear”, “A Che Guevara”, “Interludi”, “No és una paleta”, “Volem l’impossible”, “Mall i enclusa”, “Athena Three, Heracles, Afrodita, Zeus, Safo i altres”, “A cops”, “Ull per a mirar-se”, “Crit, dejuni forçós”, “Psicoanàlisi de la pintura”, “Metamorfosi”. They represent the admirable synthesis of his conception of ART.

Finally, in my opinion, the artist has deservedly conquered a first-rate place in the field of figurative arts. 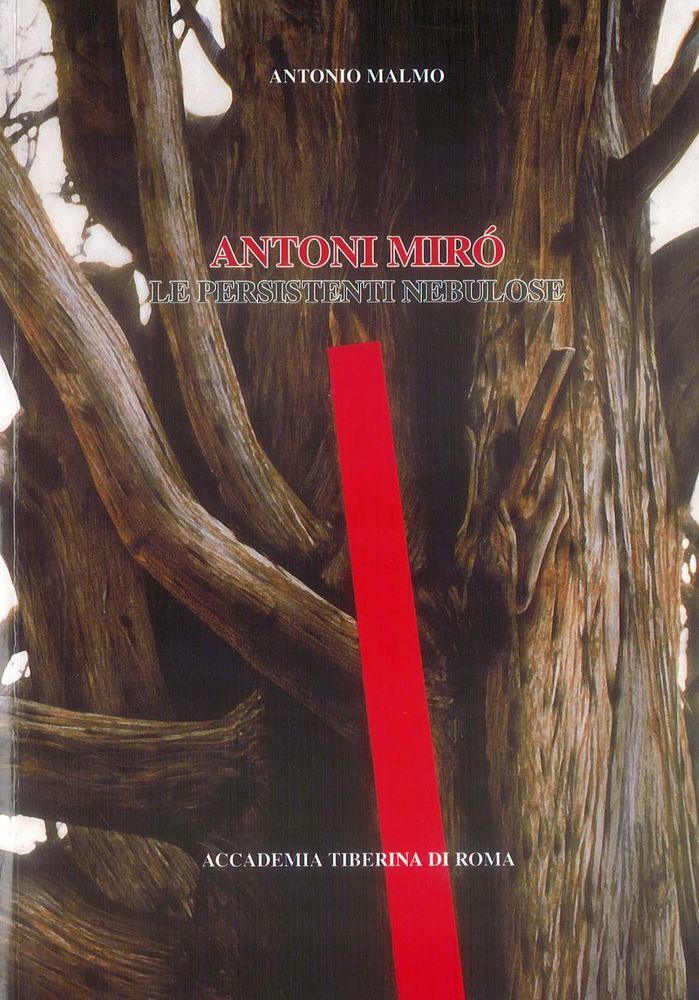