Through his numerous exhibitions and his abundant bibliography, Antoni Miró’s work is very well known. And there is something here which should be emphasised: he has not restricted himself to reproducing paintings, engravings and sculptures of the moment. He has also included, in different monographs, large numbers of works from previous phases. In this way, with positive insistence, which I consider we must be thankful for, he constantly allows us to keep the whole of his work in mind.

The art of our time has been, and continues to be, subject to all types of changes, despite the fact that some consider that history has reached its end —just when it appears to be speeding up—. These changes appear some due to the internal dynamics of artistic creation and others due to the rapid transformation of society. Under this pressure each artist has responded in accordance with his or her deepest interests, including those which against the odds want to be seen as art. In Antoni Miró’s case, we see that all the cards are on the table, enabling us to appreciate the coherence of his evolution and his genuineness.

The character who appears to be absorbed by the play in the painting “Kasparov, escacs і personatge”, (1988), is the same as El bebedor (1960). That is to say that he reveals the principle or starting point of the artist faced attitude with the spectacle of the world, contemplated as something distinct and even detached, but which involves us immediately. This attitude is rejection. The world, for the artist —Antoni Miró in this case— is poorly done. Precisely the origin of his ferocious criticism. The painting “Caretes” (1960) is made to bear the yoke of hiding and revealing the real implicit personality of the art and his development. Half way through the Sixties the criticism grew more vio­lent: the fury in the human face in “Crit, dejuni forços”, (1966), implied the denunciation of the human condition itself. The origin of horror —due, deep down, to error— was in man himself: it is he, himself who inflicts his pain, and one of the images which shows us at an early stage is “Esquizofrènia” (1967). Here the man’s face disintegrates, as was to happen later in another way: in the early seventies in the splitting of the faces into two and the convulsions gripping them.

Sometimes one would think that the artist takes pleasure in horror. Other times that he is making an aggressive poster of his work to confront us with. The negative aspects develop and push outwards until they explode. They grip us strongly, confronting us with a reality which we frequently prefer to ignore; they do not spare us any of this horror. But we observe that there is an ironic and sometimes sarcastic accent, in the attitude of the artist. Nothing harms our adversary more than ridicule, nor does Antoni Miró want to spare him from anything which may make his action more affective. The mask which enabled him at the beginning to symbolically confront the real world —the true adversary—, will become more complex with time. It will not only consist in the flashy use of costumes of “Els titellaires”, (1987), but in all the accumulation of elements, which basically fill the space of his pictures and volumetric figures.

As happens in happens in the best art it continues to tell us the same thing nowno longer naively but in a more direct manner. The accusation, the recognition —the confession, he would say, in the name of all— sometimes induces him to reflection and sadness in the portrait —self-portrait in one way or the other, no doubt— of the 1960 painting which opened the magnificent anthology of Joan Guill in 1988; on other occasions, each time with more intensity, he enters the attack, taking the protean bull by its horns, with the danger that this always entails.

All this pain and cruelty, the fundamental injustice which it denounces, finds its other side in love. This, maybe out of modesty, does not show itself with the primordial innocence of the painting of the woman Nua— its title— in 1964 or, going back a bit further with the amorous delight in which the world is enjoyed in “Bodegó amb meló” (1960). We recognise love in negative, but it is inevitable that the artist shows happiness, as if by an oversight, this were his deepest inclinations. Frequently, his bloodiest scenes, his hardest satires, are full of apparently incidental signs which reveal the ultimate objective. Colour then, in contrast to what has been denounced, sets a cheerful tone. Because the work is the picture of a festival in which all power and powerlessness of man are recorded on paper. And the artist is a witness, participant, and above all, the creator of all this. 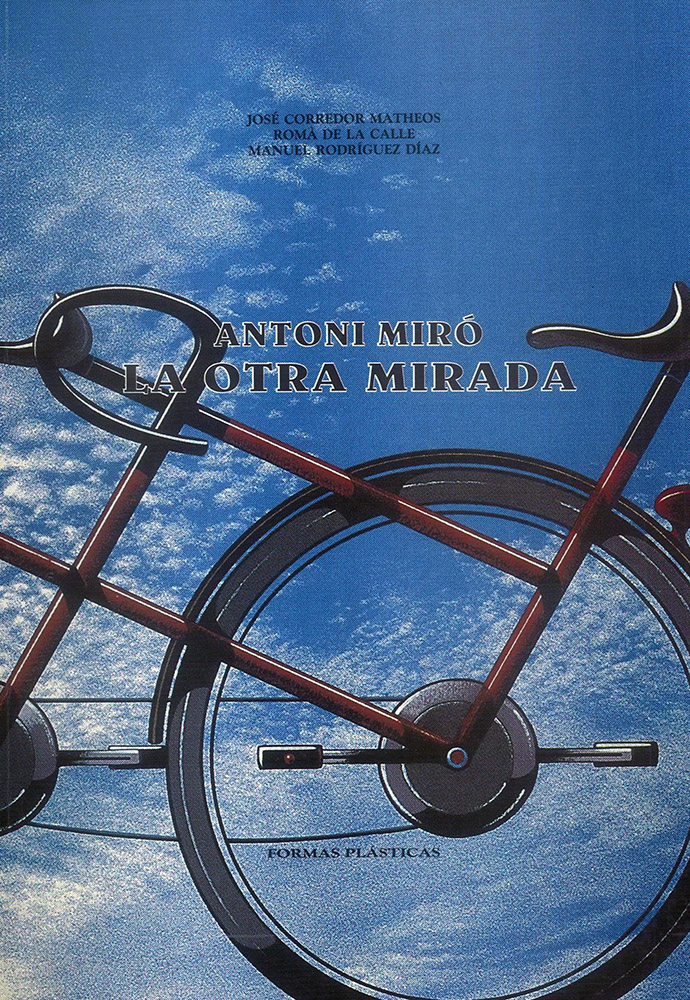