Antoni Miró, is one of the Valencian artists who has changed the topic of his art work into the specific reality of the fight against the oppression of the man and the graphic testimony of the oppressed man. Whereas, in the same Valencian field, ones have oriented their work to the constructive abstraction, others have opted for the creation of an imagery that, in a manner of speaking, names it as «Epinal», understanding this already consecrated term in a sense of a graphic demonstration in connexion with the most simple, direct and popular perceptive and communicative codes, in contrast to the first ones that we would designate as cult and elitist, without prejudging any aesthetic value, this is what we need to draw, in this occasion, the concept of Epinal considered as aesthetically degraded although being aware of it deals, in fact, with “another” aesthetics.

In this sense, the attitude of the epinalists or the chroniclers, term we do not substantially use because there are some groups or teams of production that have adopted it for self-designation; the epinalists elaborate their works by the impulse of precise and aesthetic facts according to common codes aiming the communicative efficiency —attitude in which, however, the personal touch of every author is not absent—. This task is not exempt from secretive or direct attacks to the “cult” and/or “elitist” works that, in the case of Antoni Miró, are reflected in his work with a touch from Velazquez, Les llances. But not only in this monumental work of Antoni Miró, we believe his strength is reflected, principally, in his other productions concerning an unfortunate man abused by the circumstances, among of those works, we can find “El dòlar” (The dollar) and we must underline his buying, debased and corrupted empire of capital.

The dollar, the money, this abstract entity motivates men to become in oppressors and oppressed. Men freedom or men slavery resides in his possession or in his lack of. The emotions and the feelings have different sign depending on the participation of the money. Their women, their nudes, their feminine bodies reflect that the feelings are different depending on who possesses the money. More terrible are his images of uniformed men; what do they want to testify about? About a congenital maliciousness, about a poverty of congenital spirit, about the man being the wolf of the man? Or is not the power of the money, a guide and organiser of the relationship between men, what is behind of everything? From my point of view, unsolved questions to which the work of Antoni Miró undoubtedly answers.

Regarding artisticity, techniques and procedures, it seems to me that the work of this artist does not convey any doubt. It is good and of quality and it gathers the factors for enough efficacies to reach the communicative drawing level. The variety of procedures: paintings, objects, metallographics... allow the artist to use different treatments and more appropriate resources for certain types of topics. About the small-sized bronze sculptures, I consider his author reaches some levels differing from the abovementioned epinalism to go in depth into a deer trail of the expressionism. 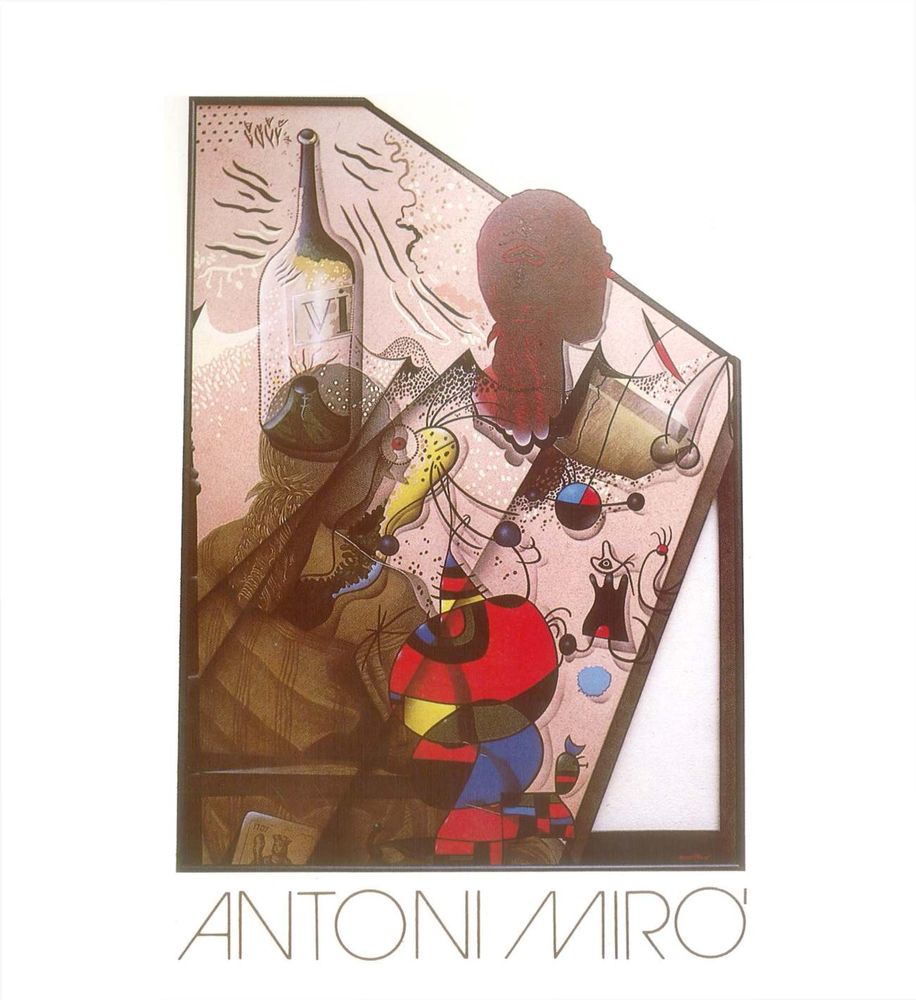