Antoni Miró: a grand master of the Valencian Community

In the plastic arts field in our country, it is a privilege to have such a singular and attractive work as that of the great master and the author of Alcoy, Antoni Miró (Alcoy, 1944). And I mention privilege because it has seldom been outlined in our proposals and creative lines the decisive maturity of Miró. Antoni Miró is, basically, a master; an unusual, unrepeatable, unique painter. In spite of not just being a painter of denunciation, social human being position against misery and poverty of peoples from the first, second and third world; Miró's painting embodies (denounces without perhaps pretending it) the social and cultural tragedy of a Valencian country increasingly undernourished and obscure. Miró is, above all, a master of the colour stain attached to the human body, to the aspirations and frustrations of human beings. Or a master of the bodies, the way of looking, the sufferings and human postures wisely illuminated by the light and the colour distilled by his superb retina. Antoni Miró is currently one of the most intentionally free and incorrigible painters I know. He has not yield the field for fame, recognition or worldly glory at the cost of institutional genuflections. Antoni's lifestyle would not be understood among laurel wreaths spread with butter of any logotype or institutional anagram. Miró is a free painter. Antoni creates, he is limited to create, and he properly creates due to a vital need inherent to him since he was a child going around the streets of Alcoy. That is to say, he is a free master, perplexing, restless, neither lenient nor obedient at all. He is based on reality (or Realism as critics would say) to create a plastic universe from another reality. A harsh and sharp acrylic reality captured in Miró's canvases (or etchings, or in so many other bases, bear in mind he is also a sculptor); where women and men, soldiers, or objects, equipment, cars, bicycles, buildings, posters, suitcases and bins take on a new aesthetic, plastic and colourful life.

I insist that Miró is a great master. Not neutral. Ironic, virulent and belligerent, epic as Joan Fuster used to say, or very personal, as that great critic Alexandre Cirici pointed out a few years ago. However, for a long time I have stressed and I currently do about the plasticity and aestheticity of his painting. That is, the art of his work. And that is it. 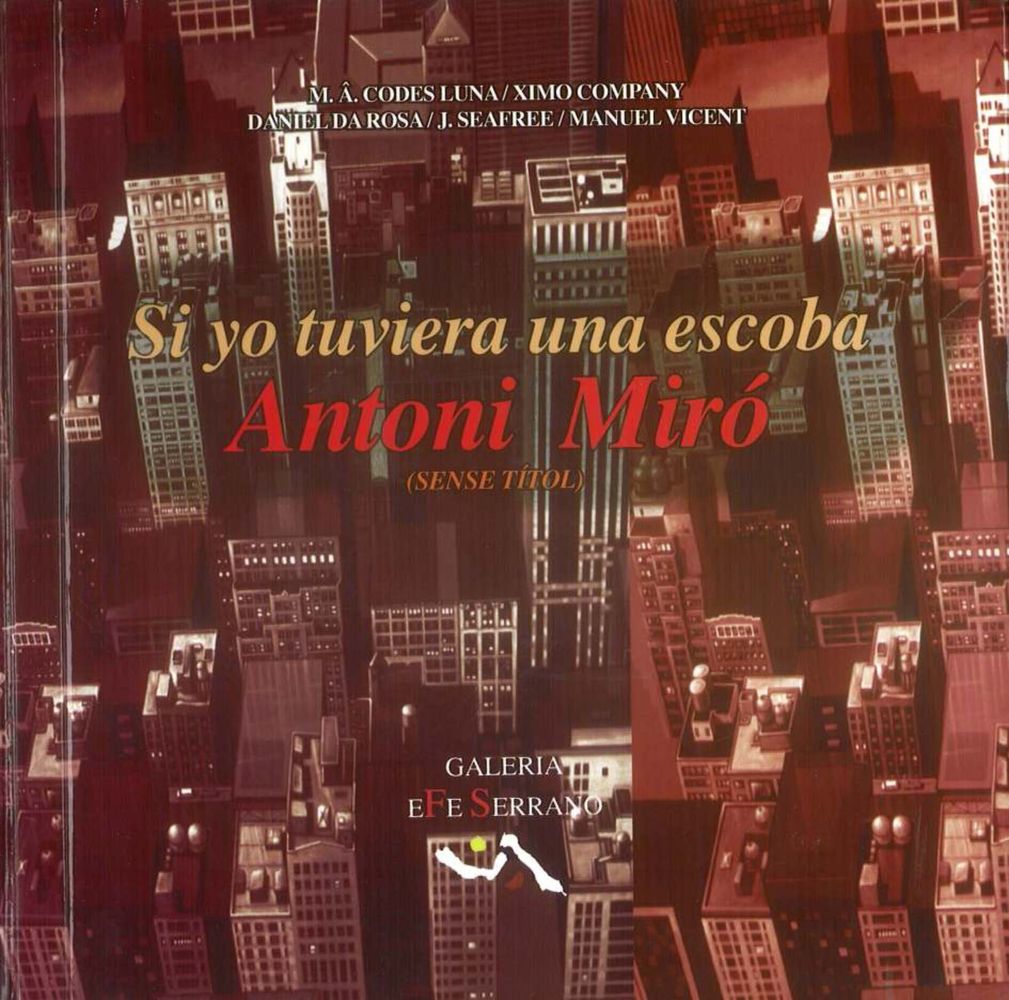