Antoni Miró's art has been always ranged in the lines of «commitment». It means an indiscreetly political task and, as a result, every work of him contributes to the steadily update of a topic as ancient as his baffling polemic. It is necessary to insist on «baffling» because of every inauguration (and the abstentionism also involves one) takes a political dimension so that it bears witness of a way to understand the connexion among artistic tasks and society.

At this point, it is meaningless and redundant to dissuade a so clear and extremely well-known fact. Likewise, it is important to remark the evidence of a voluntary commitment when many voices are willing to steal the sense of community, projection and interconnections with human activities hiding «aesthetically» their own domestication, which involves adhesions to the mythologies and dominant powers.

Then, by remembering a so obvious fact as the artist refusal to be a trained and satisfied blackbird with his pleasing captivity we are not evading essentially the artistic difficulties; we are, thus, fully facing them. To be valid and efficient within its possibilities, the «commitment» has to be firmly based on a specific activity when a human conceives it in terms of aesthetic contribution and idiomatic enrichment. Art history is a non-conformist chronicle. «Periods» are established by the schools through great interpreters of every time; nevertheless, the visual hints every instant is demanding are discovered by non-conformity basis.

In this last sense, Antoni Miró's work, in political terms, also belongs to the non-conformism of those who relentlessly seek visual modern ways. By recognising his historicity (identifying himself with his own period and tensions) wants to rectify the course of the history towards positive directions by means of awareness in comparison with distortion. Therefore, he is simply creating «art» by taking refuge in symbolic and emblematic elements he deems as communicational and actively today.

To fulfil the mission he has imposed, Antoni Miró spreads his broad ability, productive inventiveness and increasing perfection. 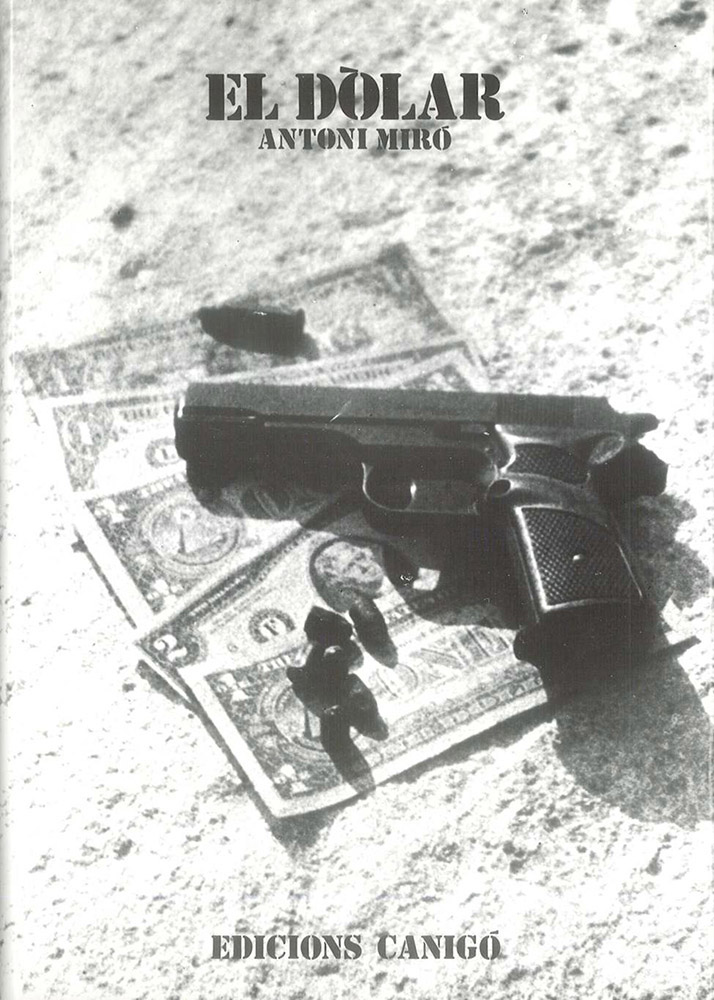