If painting is the plastic creation of the world through shapes and colours, the world recreated by Antoni Miró during his artistic trajectory is wide and protean: it reaches from sex to politics, from the pop-art interpretation of the history of art to the denunciation of violence, from the sarcastic mockery of leaders, monuments and established facts to his ability to transform daily objects, machines or things into poetry. Antoni Miró’s point of view is so open it is difficult to find the exact place where his sensitivity towards things is synthesized.
Manuel Vicent

One of the traits shared by authors with personality is the impression they leave on their work, like a fingerprint that accompanies every brush mark, as if small scattered codes wished to show us whom they belong to, whose son or lover they are. Antoni Miró’s work is instantly recognizable, without resorting to line-ups or DNA tests. These works are placed in a prominent position and with their own characteristics in a certain tradition in contemporary art, that of the “Chronicle of reality”. The enormous strength of his communication, his easily recognized allegories, and his intentional criticism make his work a very important referent: each execution is an attack, as fertile as it is fierce, made with absolute mordacity.

Antoni Miró produces paintings and sculptures. His personality also leads him to cultivate graphic arts and murals. It would be impossible for us to be immune to the enormous creative force of his multiple plastic interventions: it would be futile to try to stay motionless, passive, when faced with such brilliant challenges placed in front of our gaze that prevent us from staying in our comfortable emotive neutrality, forcing the machine of our intelligence.

The author builds images using other series of images that originate, on one hand, in the legacy of the history of painting and, on another, in the images that arrive filtered through the media, especially those provided by advertising. Antoni Miró’s observer, travelling on a long journey along the vast route of his artistic production, goes through consecutive stages, some of them settled in sarcasm, others in irony, in the pleasures of the senses or in rebellion.

Antoni Miró places iconographic assemblies before us that emerge from an image selection process carried out with a pre-determined concept and aim. All of these images will be dislocated and then re-organized, raised and, at the same time, used to stimulate visual effects, to betray the catharsis suffered by their author. The idea of contrast that his works transmit is based on the subconscious sublimation of wishes and projections. This idea of contrast, basic in every artistic conception that makes drowsy and lazy visual dreams crash and explode, sits at the very heart of the conceptual background of his artistic ideal.

His work is founded on a deconstruction/reconstruction process directed to shaping a new corpus of pictorial images; every one of them charged with more and more meanings as they are taken from their original context to be placed in different ones. His is a work of intertextuality, of iconic re-reading with which he has been able to increase the level of metaphorical or metonymical shrewdness, a satisfactorily resolved reformulation that raises that sharpness of his, so versatile. He extrapolates, he alternates, he re-uses, he metamorphoses, he dislocates... so as to be able to recompose and give other meanings using new linguistic codes.

His work sometimes oozes subtle irony produced through the use of hidden metaphors or metonymical recourses, and also through humour, with open criticism, sarcasm or even satire as a final product of the crash of comparison. Given that the irony of the objects lies in wait of us, it would be stupid not to use this postmodern weapon to filter thought thoughts and images. Irony requires comparison and claims intimate complicity.

All in all, Antoni Mira’s work is, in the words of art historian Joan Ángel Blasco Carrascosa, “a work produced so that the spectator feels it has something in common with it, both aesthetically and intellectually. It means revisiting the unique artistic world, codified as a condemning report, of a defender of many just causes that is a prisoner of order and method, an obsessive voyeur hardened by experimenting in diverse expressive media.”

He has recently received an award Premi Octubre (awarded by two private organizations that promote valencian language and culture that in forty years has only been granted to artists Andreu Alfaro and Antoni Tàpies). He has also received the Cuban award for National Culture from the hands of the Minister of Culture at the opening of Antoni Miró’s show in Havana; a show that continues at Santo Domingo’s Modern Art Museum and will later visit different cities in Uruguay. 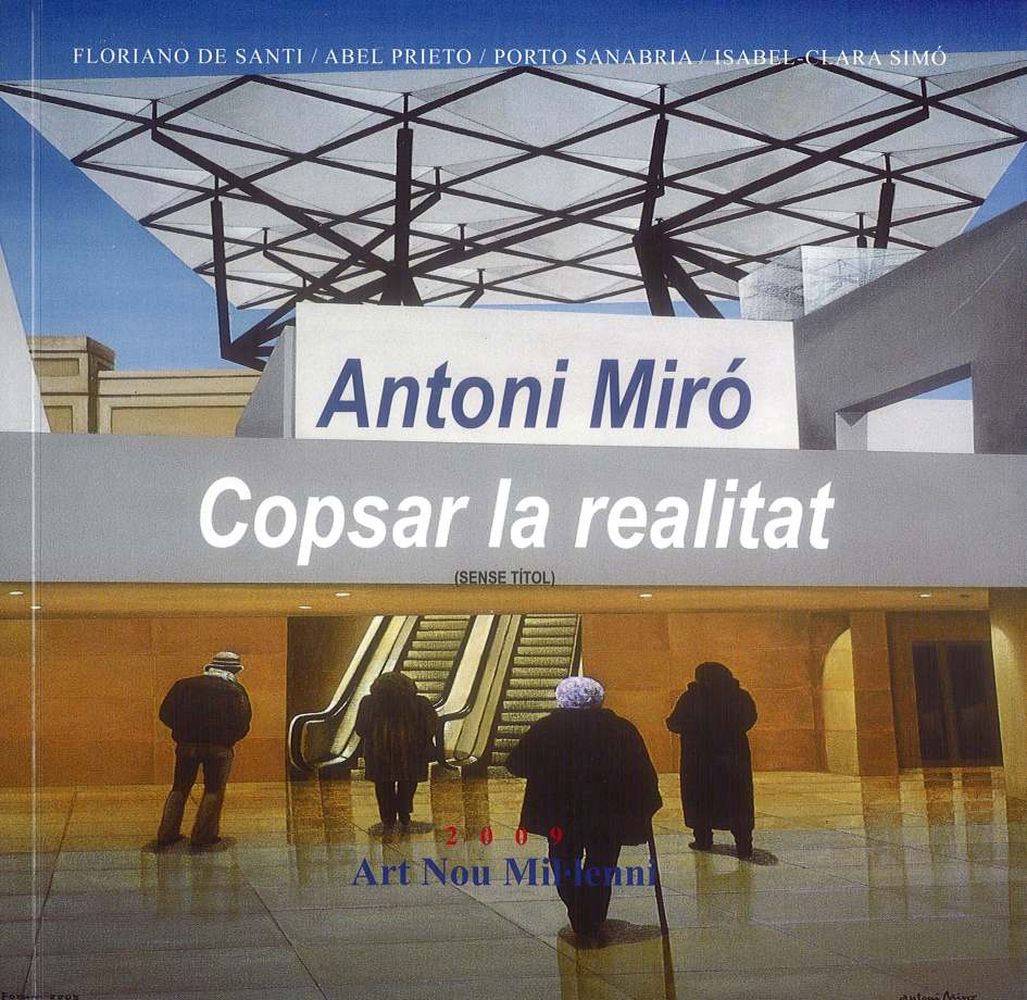