Transformation and change are ever present elements in art. Their action/application forms part of the concept of contemporary art itself. However, evolution allows the artist to go beyond the natural logic of time and space, in the interest of creation/handling of objects, setting them out of their chronological and natural context. In the contemporary speech, art is currently presented as a breach or violation of the object positions, placing them in a unusual space, where they do not “reasonably” fit.

The concept of art has changed in general. From a different view “contemporary art has become a natural element for the middle class society”. It is a sign that involves a social condition. Some people think that with the arrival of the contemporary art and the giddy development of creative processes, particularly from a technical view, a new civilisation has emerged.

Those who reacted to these progressive maxims have fallen behind. Art, to be considered so, “must be necessarily committed with the spirit of its time”. However, the old residual nostalgic fight, the old debate between figuration and abstraction still remains as something incompatible for obstinate conservatives.

Here am I, on the edge of amazement, thoroughly observing the work of Antoni Miró, universal artist from Alicante who has achieved a work as comprehensive as it is complex, the subtle miracle of setting time and space out of context, i.e., putting hostile and diverse forms together.

The story, with the passing of time, searches for specific reflection on the idea as content of the form. In Miró’s work, an enormous literary content or reviewed, updated, lexical form is mostly found and time and space are transgressed in it, as I mentioned before. That is without any doubt a sign of contemporary awareness.

But it is also fundamental in this exercise to deepen the content/ argument. He tells the instant through it, convinced that communication must not only answer the plastic exercise, but also to extra plastic elements which assume the need of influence on collective and individual consciousness, as a claim or complaint, position taking or critic.

That component is basic for Miró. During his artistic career, that condition is observed enjoying the protection of balance and aesthetic harmony. The need of reflecting the social unease and his time throbbing is very characteristic of him. To do so, he choose to adopt the space in itself, real, as a meeting place, in total opposition to the traditional dual dimension of painting which he uses as another tool at his service.

In that way, he can take advantage of flat images or parts of them, before created by Velázquez, Bacon, Joan Miró, Picasso, Dali..., using them as proverbs to describe and express new interests and create renewed statements on extremely important contemporary issues.

In that process, the course of time is changed and transformed; story rules are broken; circumstances are transgressed, and adapted to the current lime; and, he specifically plays with contemporary aesthetics, where space occupation prevails; staging and performing.

Antoni Miró has a good command of the magic universe of suggestions, either they are spatial/plastic or argument/literary. He uses images as icons that possess a theological sense for the common observer. He looks for the harmony of symbol and uses realistic aesthetics as a direct tool of easy communication, and abstraction as a universal, surrounding, spiritual form...

But, he mostly uses collage and decollage, as formulas still valid to create new aesthetic proposals. From an object -a bicycle, for example the idea of destroying its practical sense arises to transform it in an element that can be conjugated, like a verb (person, number, time and mode).

All the possible positions of the object are arranged here by Miró, thanks to a reflection which studies and rescues from its spirit its ascetic component and awareness of space, giving it also a literary message with a practical critical function. Each work is so enriched with dramatic literary aspects, where the transgressed time and the reviewed form are to be captured. That dramatism comes together with the rescued images and objects. It was already present in them.

Once inspiration on somebody else’s creations has been accepted as a vehicle for creation, a form of expressive contemporary artistic creativity will have to be recognised in the reality set out of context. As traditional patterns have been broken, we are only left to pose two questions. Where is art going? What are the possibilities for the future? Questions that may already be floating on Antoni Miró’s anxious mind. We will have to wait for an answer. See you soon. 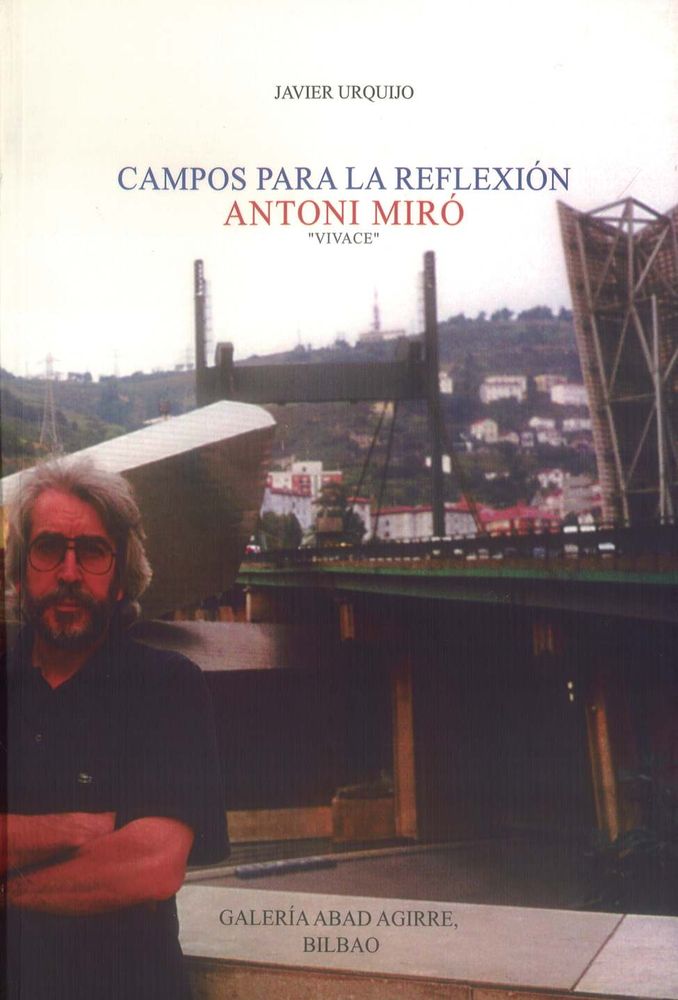