Diversity is the first fact to be faced when approaching Antoni Miró’s work. Two different orders are followed: technical and thematic. It must not be forgotten a reality interpretation, whatever it may be, has apparently divergent results in being solved with different formulas and/or dissimilar subjects given that each technique has its specific demands leading to unequal conclusions. It should be said, in part, to retract my opinion about having mentioned the thematic diversity in a sense of a certain and possible versatility. It is not like that. The bones are beneath the skin and beneath every Miró’s technique there is architecture, his fixed value, his supreme reason: his interest in man. It is certainly true his vision of the man has evolved from the suffering man, imprisoned, lonely, always dramatic but subjective, isolated, clinging to individual problems to the man as a social being, a number of a class, marginalized and discounted due to belonging to a specific social group. The evolution has been manifest and rapid. Remind you of his exhibition-tribute to Salvador Espriu (1971) or his series “Amèrica Negra” (1972).

The approach to his works, in the stylistic aspects, has evolved from a certain expressionism linked to connotations of other trends to a social critic chronicle much more contemporary and appropriate for the artist purposes within the Spanish great critic and universal movement thanks to Canogar, Somoza Genovés, etc.

Antoni Miró, with his multiple work and his deep concern about the man problems, he is committed to his time and social environment by understanding why the problems of today’s society are not specifically those of our territory, given that the existing interrelation at all levels among the peoples makes the problems of each nation being those of all the others. That is why, when Antoni Miró paints “Amèrica Negra”, the possible anecdote of “negritude” arises and it shows, in its pure nakedness, the situation of today’s man in midst of a society which yearns to slaughter him. 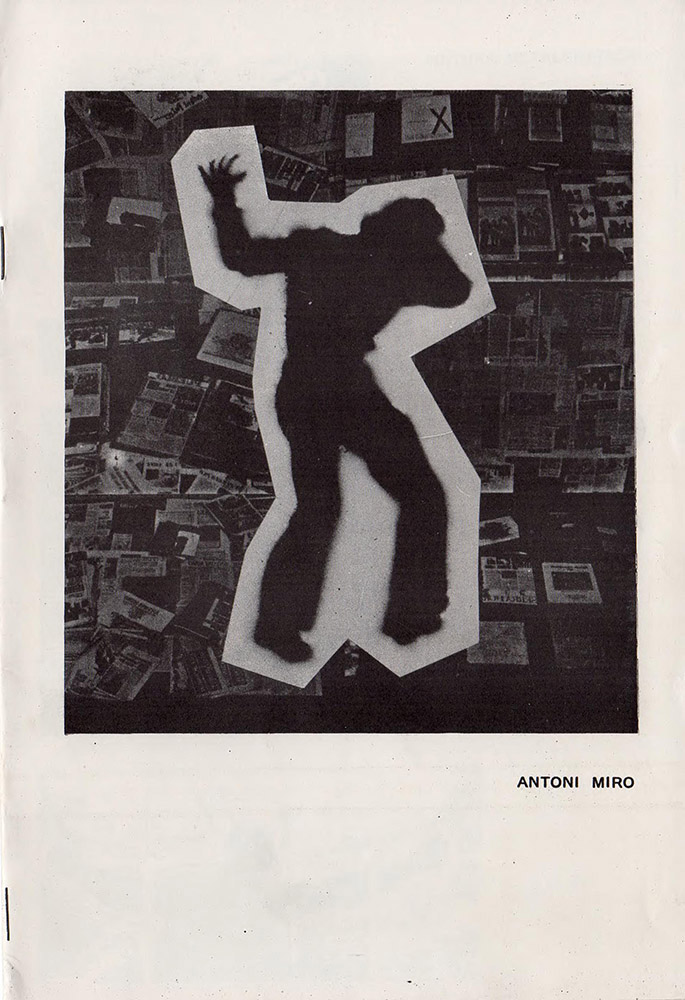