Evoker of a particular contemporary universe, Antoni Miró (Alcoi, Alacant, 1944) has produced very powerful images, conceived in the midst of an admirable formal virtuosity and that uncover the ambiguous concerns of a comfortable and self-confident society. The work of the painter from Alcoi is remarkable for its detailed tracing of scenes and types in our contemporary scene, certain social groups and icons of the mass media who become carriers of a particular ethical reflection. In Antoni Miró denunciation is an innate sense, which he then cultivates by applying a coherent social and intellectual discourse that groups together the totality of his work.

His work shows a brilliant sense of drawing, a surprising luminous capacity, potent and saturated colours, together with a complete synthesis of figure and background, elements that are strangely combined without losing rational space. In this sense, his displays of perspective twist our traditional perception of our surroundings, a process that efficaciously activates the viewer’s looking. It seems to me that this all has to do with the desire to create a divergent visual device: distant because of a remarkable complexity in a system of representation that is so reflexive, and close because of the familiar character of that which is represented.

Antoni Miró assumes that risk and equalizes certainly the balance, in whose axis is found a fertile domination of narrative space, a brilliant compositive structure and unusually efficacious communication. This perception of latent strangeness under the appearance of the well known implants in us the idea that we are viewing a subtle realist pictorial work guided by a creative sensibility that never gives in to the tyranny of pure mimicry.

An artistic beginning arising from his identification with figurative expressionism carried him at the end of the 1970s close to what is understood as pop and new realism, although it was immediately apparent that his work escaped these labels. His work has always sought distinct visual and ironic alternatives to a same humanist obsession. Therefore, each new exhibition of Antoni Miró should be seen as a register in the process of personal and artistic growth, where each piece means a new exercise in investigating reality. 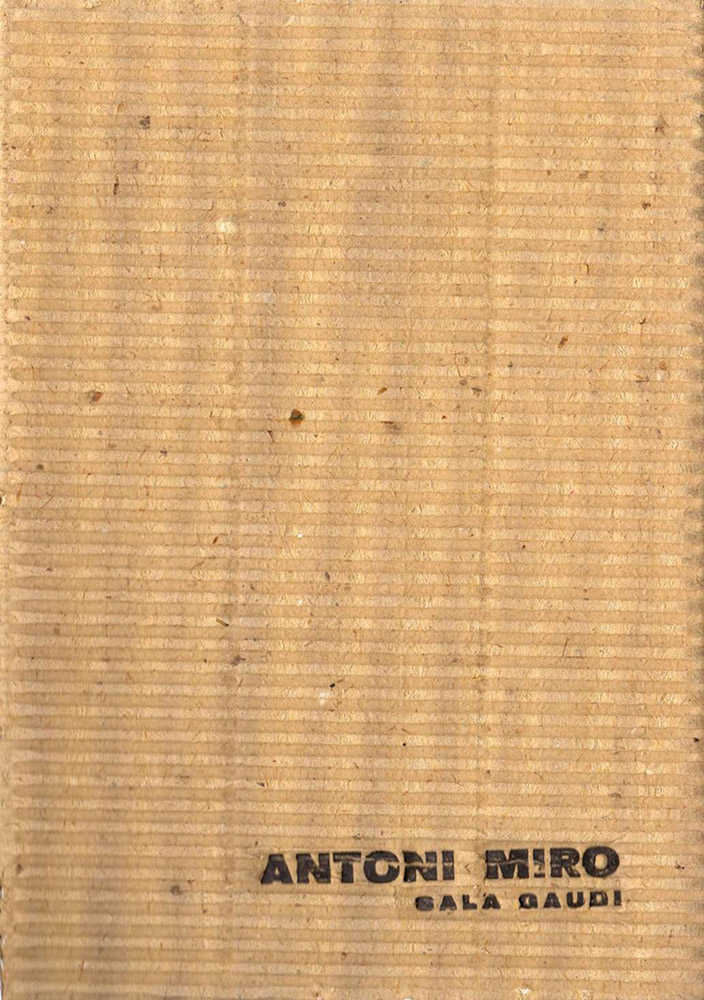