Antoni Miró with us again

Antoni Miró is, now, one of the greatest contemporary European artists in Cuba. The presence of his engravings in Cuban galleries, in the capital, as well as in the provinces, has allowed a dialogue between his unique plastic explorations, always deep and disquieting, and us, revealing the ethical vocation of this creator. With his art, Antoni has inevitably brought us his solidarity. Let’s not forget that he donated the complete collection of his itinerant collection, “For Cuba I” to this country, and that he conceived and coordinated the collective show “Paper voyage (For Cuba II)”. He insisted on convening, and succeeded in doing so, many other Spanish artists for this highly supportive initiative. Some of them knew very little about our reality; but Antoni convinced them with his tenacity and with the purity of his arguments and was able to complete the project in the middle of the worst anti-Cuban media deluge. In this age, when principles are not in fashion, Antoni belongs to the race of men who remain loyal to themselves.

I think that the very coherence that we perceive in his conduct is also present in his work. His work talks to us in one way or another, directly or indirectly, about human creatures, about their neglect, about the moral exposure where they survive, about all the things that damage and degrade them, of all that deny or mutilate their dignity. A certain critic has considered the verbs “humanize” and “dehumanize” as the two essential poles that define Antoni’s work, and has called him “a humanist painter”. I agree with him completely: Antoni is a representative, in these particularly cruel times, of the most pure and authentic humanism. He does this without ever allowing himself any rhetoric nor melodrama and while demanding of the spectator an intelligent, active, questioning intelligence. Antoni has also pondered cultural memory and the institutionalization of culture (his series on the museums of the world is being shown here). I think that with it he is forcing us, in a very subtle way, to ask ourselves if this legacy is completing its rightful emancipator mission: if it is “humanizing” or contributing to the generalized “dehumanization” without meaning it.

It is very stimulating that our National Museum of Fine Arts welcomes this exceptional artist that is also an example of integrity, coherence and loyalty. After the inglorious downfall of what was called the “real socialism” and faced with imperial wars that have become more and more shameless and with the growth of fascist tendencies, creators such as Antoni Miró symbolize, with their work and with their conduct, the inevitable return of Utopia. 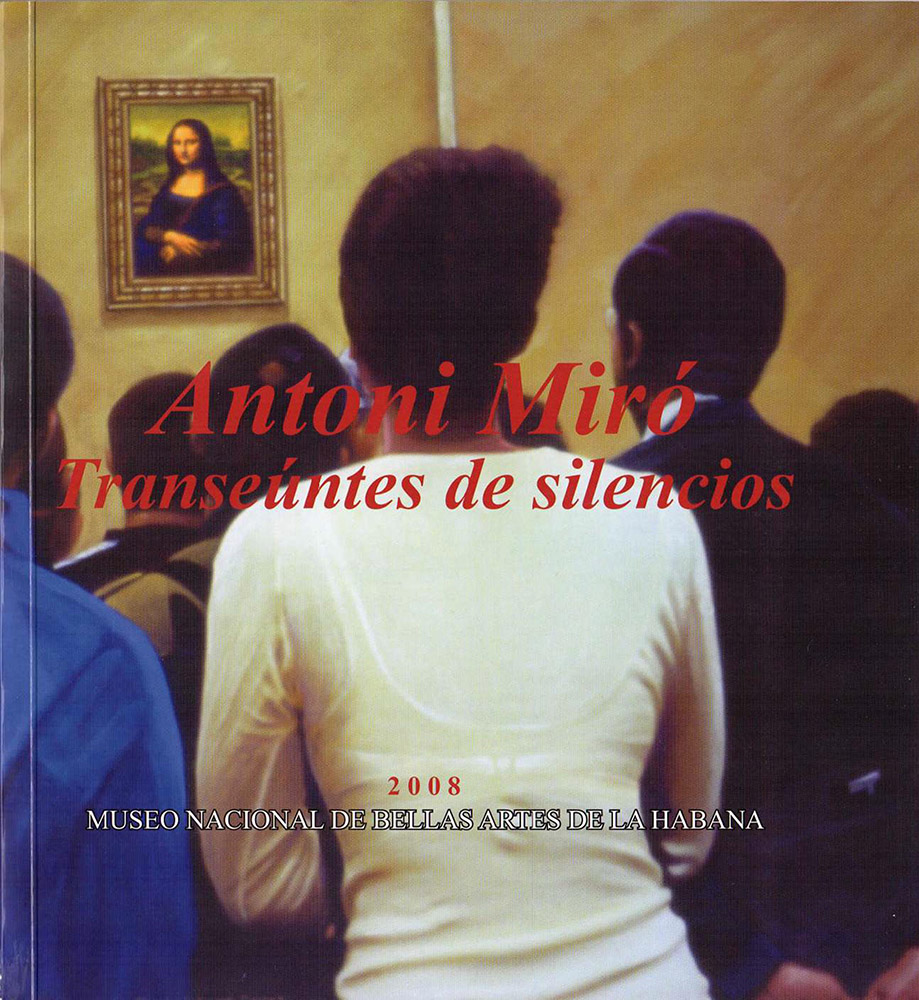