Antoni Miró (Alcoi, Alacant, 1944) has a vast and receptive sensitivity and goes beyond the appearance of things; he investigates the sensitive referent and adapts it to his very own plastic language. When we become aware of the world’s vision around the painter, we can assume that his discourse is not one of appropriation but one of a potent re-interpretation of what it is represented through two fundamental elements in his plastic discourse, and more specifically, in his recent work the Sense Títol (“Untitled”) series: draw and colour. Beside these, the de-contextualization of elements and the originality of the points of view promote the expressiveness of a work that is unusual in its mixture of political irony and plastic intelligence. Antoni Miró is an artist traditionally classified as a follower of pop-art, but his originality and expressiveness warns us that we are before a figure whose work does not admit any kind of limiting categorization, since there are many readings to be found in works as suggestive as his.

His art follows very particular aesthetic and ideological parameters since Antoni Miró produces stunning and very well solved images from the plastic point of view, but he also produces an art that is joined to the context of current and concrete problems, underlining the existing social unbalances. In this sense we speak of a creator that is interwoven with his historical moment and that refuses an art that would be evasive and out of its time, and without a commitment to what is real, as in a very personal ethical and aesthetic bet that shows splendid results. In his suggestive works the artist from Alcoy uses a language full of findings which moves our sensitivity thanks to all its treasures, fundamentally because it is impossible to look at his work without making a commitment that is beyond the plastic.

The work of Antoni Miró begins within figurative expressionism, although at the end of the sixties he identifies totally with the Crónica de la realidad (“Chronicle of reality”) movement, inscribed in the currents of pop-art and realism. Since then, his work has evolved toward a plastic task that is more and more personal and surprising, and has taken part in hundreds of individual and collective shows around Europe, Asia and America. 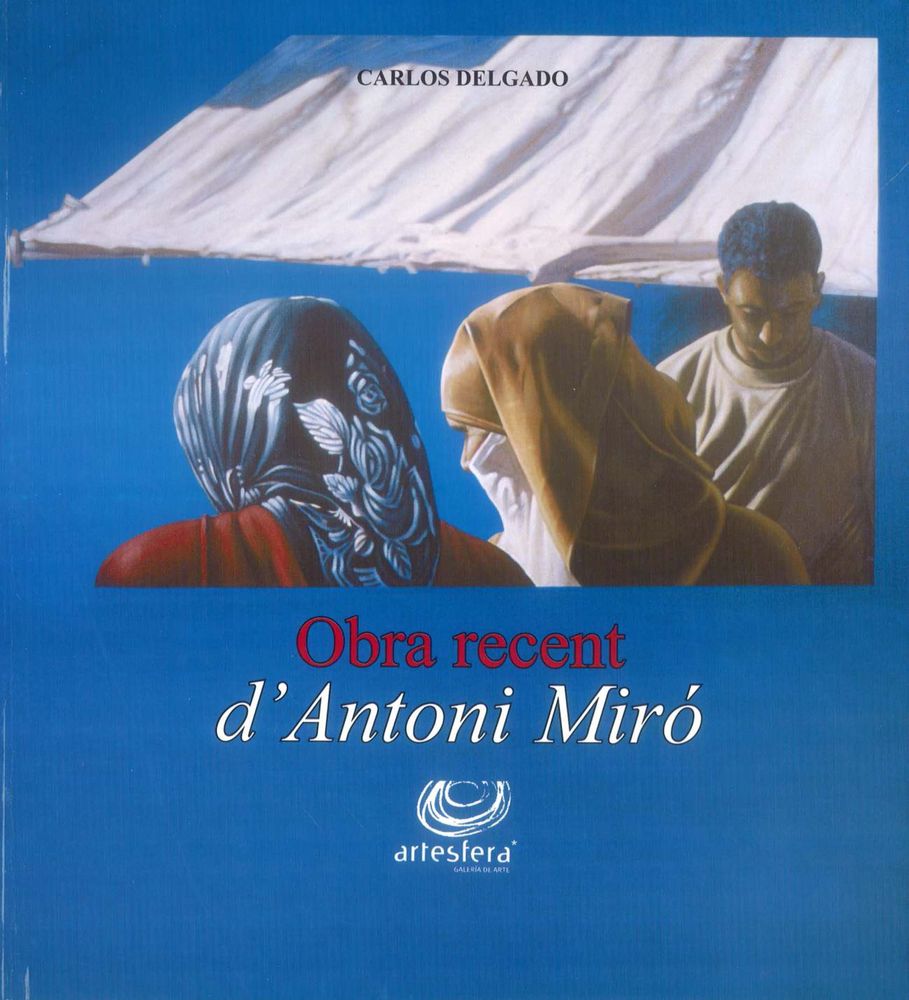