The magical world of Antoni Miró

A few bicycles, sea waves, the face of a girl, a woman with a book, forgotten sandals, lovers. That is enough to define the dreams’ colours (1944) of the vision of the famous Spanish painter, Antoni Miró’s, one of the better known and most poetical artists of our time, whose pictures are now being shown at the International Retrospective Exhibition of Fine Art in Pula (Croatia) in the Sveučilišna knji?nica (University Library).

Antoni Miró hasn’t only left his mark in the visual arts, in numerous paintings, designs and graphics, but also in original sculptures and installations. Because of all that, this selection is very important for the visitors of this exhibition in Croatia. Antoni Miró is a fascinating and extraordinary personality today, who makes, with his special touch, a lucid and magic, delicate and mature interpretation of the art of our times, from the avant-garde art to mail art and futurism, to the so called social realism.

The flow of creative energy from this 20th century artist is to be admired.

It is not easy to establish which of the various techniques and stylistic options he tested, in the whole of his artistic production, led Antoni Miró to social realism.

It is important to say that the main portion of his work is grouped under the titles Amèrica Negra [Black America], El Dòlar [Dollar], Pinteu Pintura [Painting Paint] -just to name a few- and is the best representation of the art by A. Miró. He synthesizes the history of the South of the Valencian areas, strong symbolism and local contrasts, souvenirs and radical vitality of ordinary people.

His paintings are “paintings of strong realism”, which communicate with the public, and not least important important, that in his creativity lays an outstanding amount of imagination and clairvoyance. 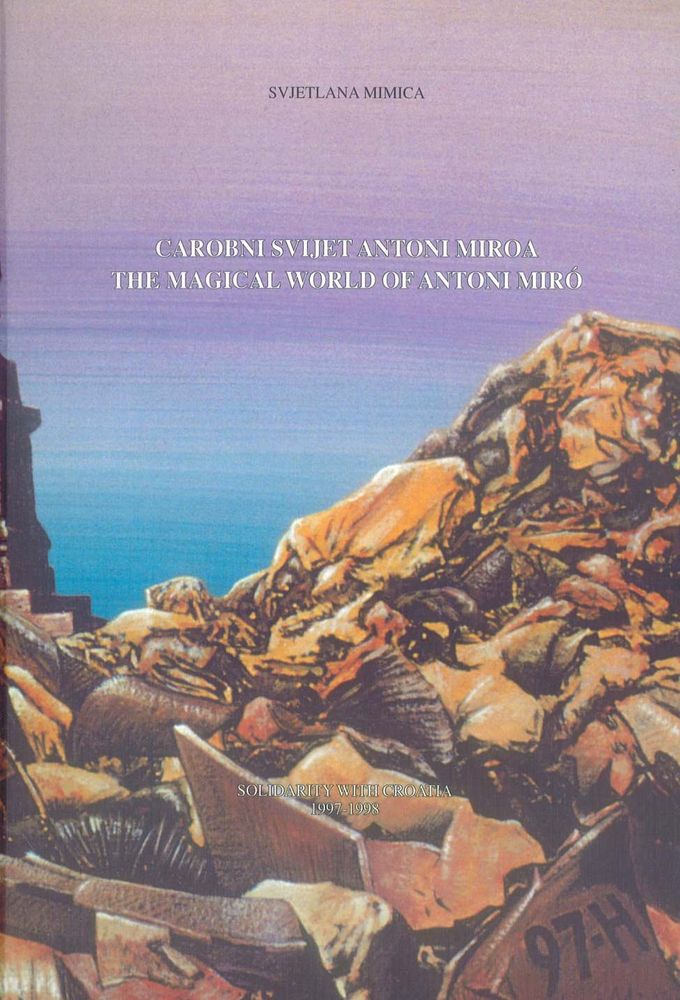